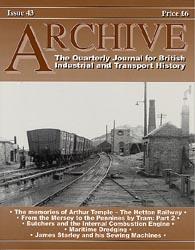 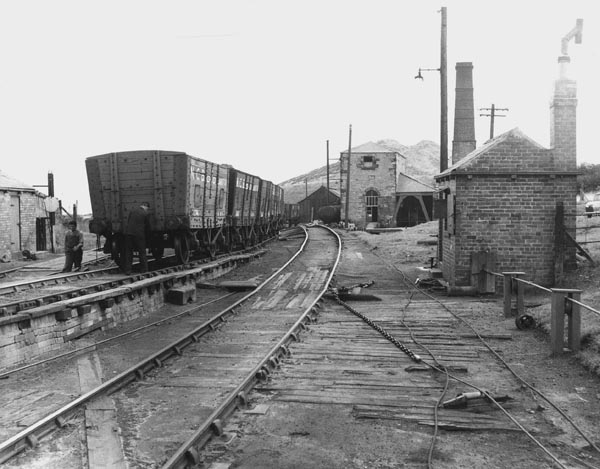 From 'The Memories of Arthur Temple: Part 1: The Hetton Railway': Warden Law Engine House, where Arthur came for his haircuts, which were donw by Ernie Johnson, the Engine House fireman, who is walking past the end of the wagons. Warden Law was a rare interchange point between powered and self-acting rope haulage, and this photograph, taken in the summer of 1959 about two months before closure, is fascinating. A set of fulls, hauled up by the Engine, has come over the kip, and its first wagon is just being run by gravity down into the siding for the engine house boilers. On the other side of the engine house the 'lean-to' building housed the two drums for working this incline, with one drum visible. In the foreground the short end of the rope for the No. 1 self-acting incline can be seen, running back to the return wheel in the fenced-off pit behind the photographer, with the long end coming back underground in the boarded gulley seen in the bottom left corner. The point where the rope end was fitted into the chain socket was fitted with a non-spin device to prevent the rope twisting when it was being used. The incline's brake cabin is on the right, with the rodding to work the return wheel's brake coming out of the cabin wall. Note the shorter lengths of thinner rope, used for shunting the wagons at the bank heads. On the other side of the area, near the Warden Law Incline cabin, one of the systems white signalling discs can be seen. 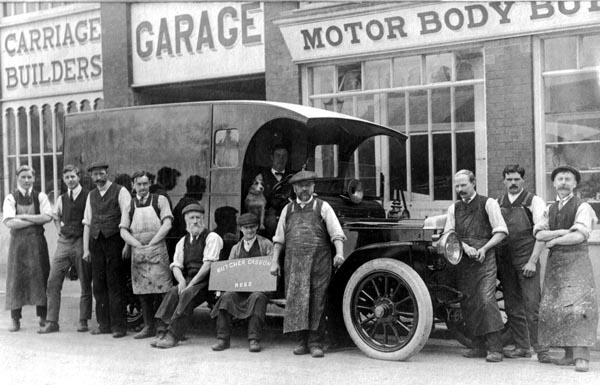 From 'Butchers and the Internal Combustion Engine': Butcher & Casson Ltd staff photographed with an Albion, possibly fitted with a Daimler chassis, outside the Brookend Street works around the Great War period. The bodywork appears finished and the vehicle is probably awaiting the attention of the signwriters.