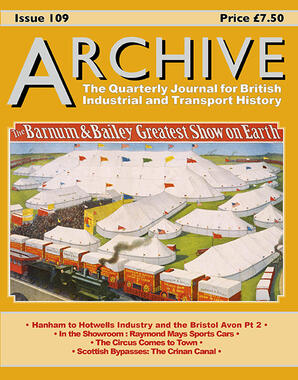 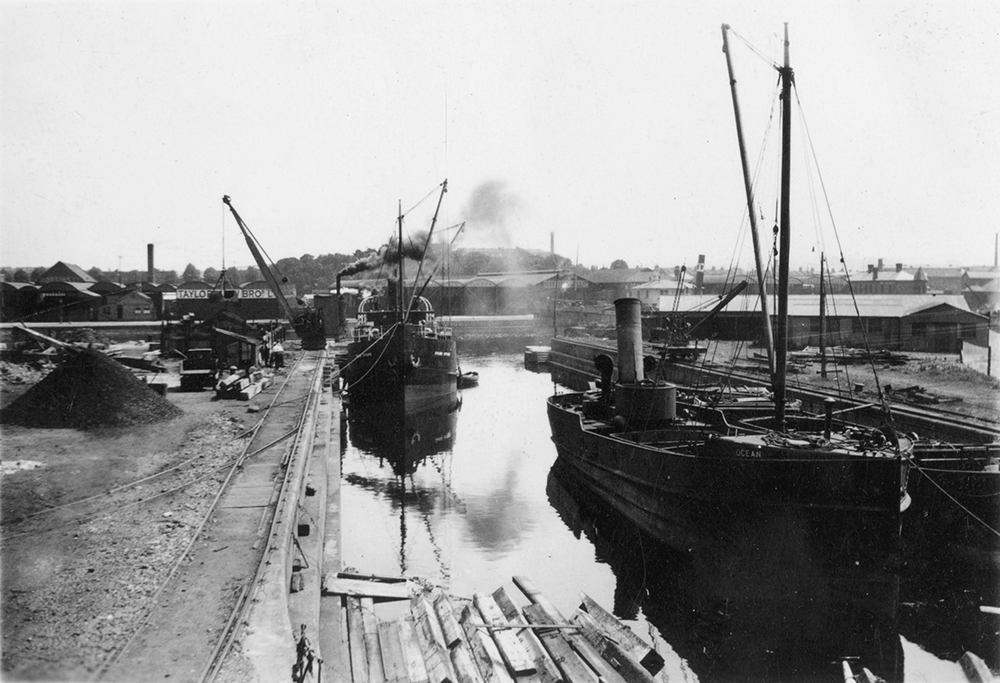 From: Hanham to Hotwells Hotwells Dock itself, originally built as a step sided drydock. At the far end a steam crane is using a grab to unload the Druid Stoke. Built new for Osborn & Wallis by Charles Hill of Bristol in 1929 (Yard No. 174). This was the first âlargeâ vessel, previously smaller craft had been acquired to permit their use on the Feeder Canal but in 1929 Portishead Power Station was opened and the Druid Stoke was ideal for this contract. She remained in use until 1962 being then sold to Ireland but was scrapped in 1965. At the head of the dock is a much older, and smaller, vessel, Ocean. This was the first new build for Osborn & Wallis coming from the yard of T. A. Walker of Sudbrook in 1893. Her main work was supplying the Bristol Tramways generating station near Bristol Bridge. She remained in the one ownership until August 1951 when she was broken up in Cashmoreâs Yard, Newport. 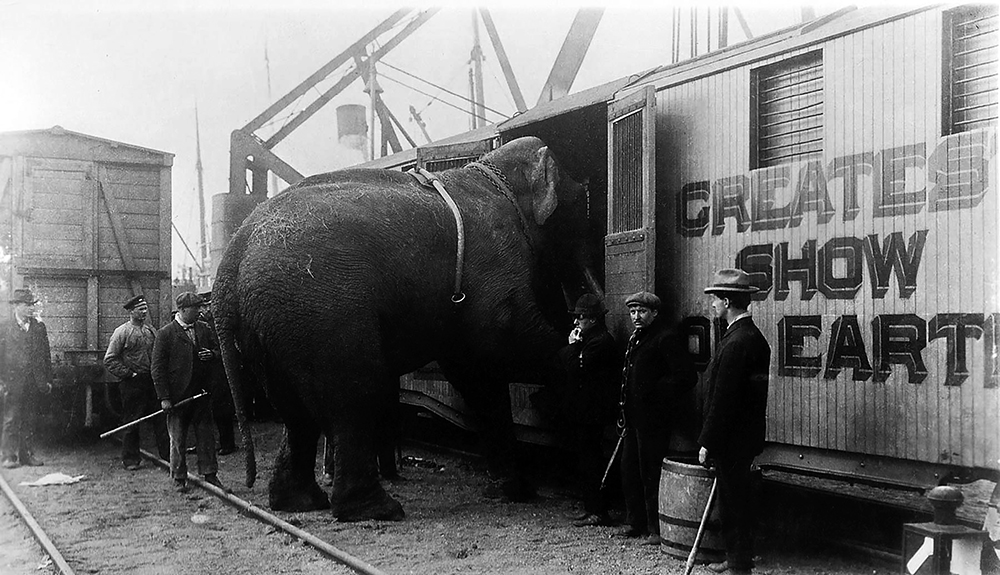 From: The Circus Comes to Town An elephant being entrained into one of the three special Elephant Cars. These were built with depressed centres and roofs that would partially open when entraining and detraining. 2ft 8in wheels were also fitted to lower the floor further. Painted bright yellow with red lettering and a green underframe.