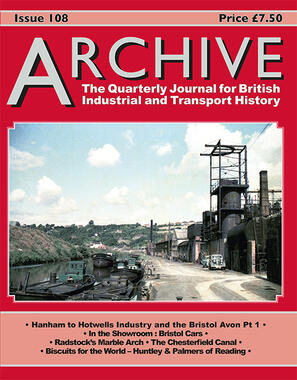 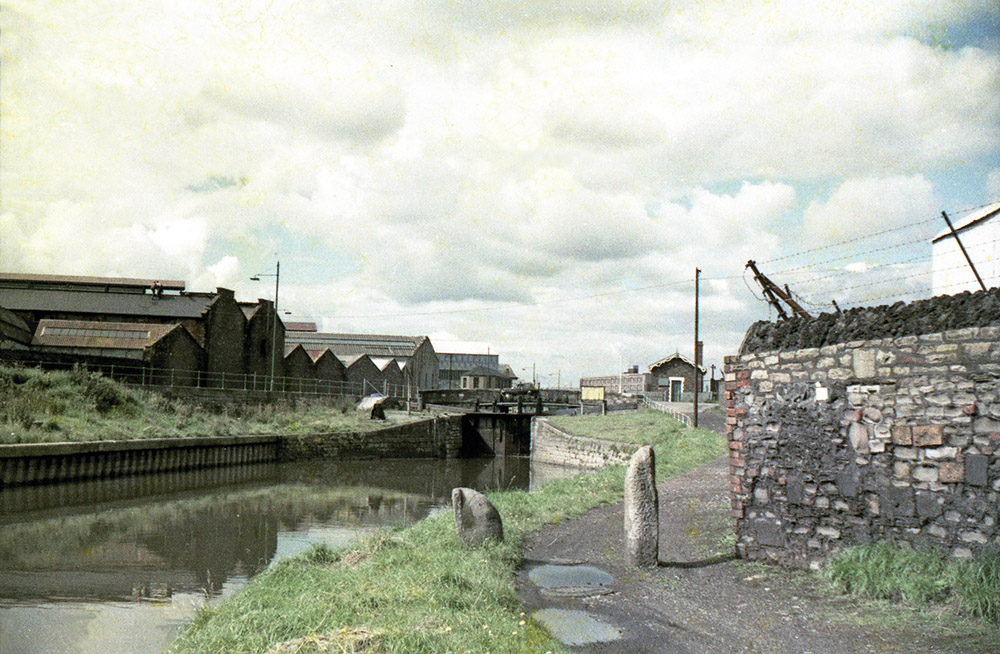 From: Hanham to Hotwells We go back in time to the early 1960s when Mr Parsons took this photograph looking down the Feeder Canal less than 200 yards from the previous one. The narrow Netham Bridge can be seen with the lockgates closed below it, the roofline of the Lockkeepers cottage can be seen too. Parsons Collection 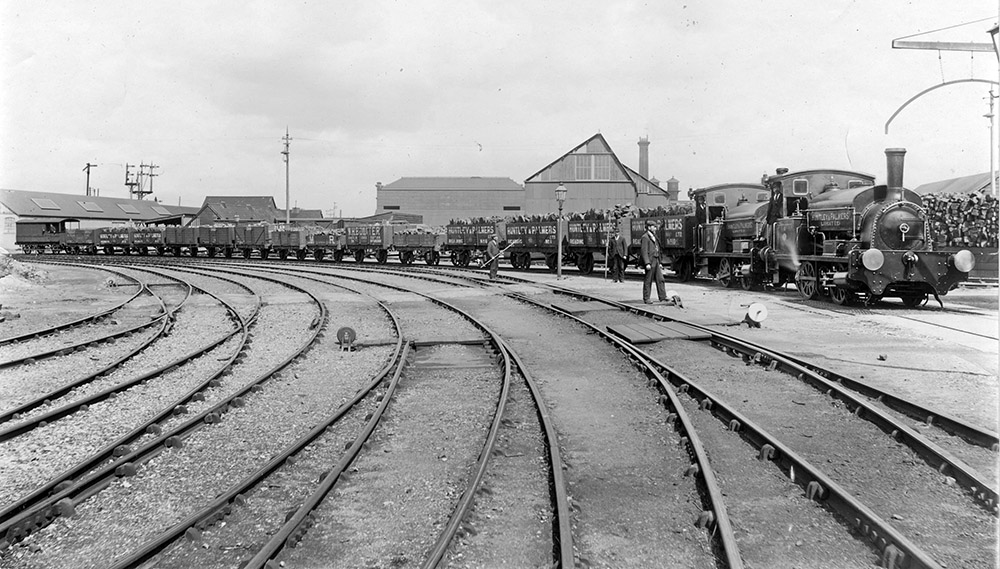 From: Biscuits for the World The two immaculate (even down to the specially burnished buffers!) Black Hawthorn locoâs, with âAâ naturally leading and with Driver Henry Tollervey on the footplate, head an incoming train around the sharp curve on the approach to the main factory yard from the tunnels under the GWR and SER lines through to the GWR Kings Meadow yard. Six liveried H&P mineral wagons, three of the Midland Railway, one from W. H. Bowater, coal & coke merchant of Birmingham, plus three for Stephenson Clarke, make up a fascinating assortment of stock. Also of interest is the guardsâ van of GWR origin hooked on to the rear of the train. It was rare for such vehicles to be seen within the factory sidings as these were more usually attached by the appropriate railway company within their own properties. But as this looks to be a specially orchestrated photograph perhaps its inclusion was thought appropriate to complete âthe sceneâ. The view is east with SER signals (including a universal single post type) appearing above the roof of the Machinery Store. To the right of the latter are a laundry, timber case and tinplating workshops and a repair shop. courtesy Reading Museum