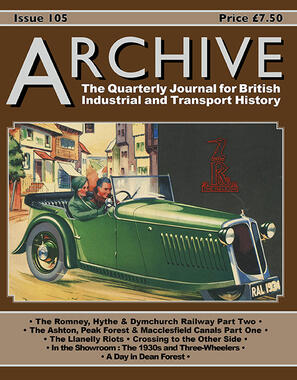 Contents: Crossing to the Other Side by Euan Corrie p.3; The Llanelly Riots by Chris Sambrook p.11; The Romney, Hythe & Dymchurch Railway, Part Two by Stanley C. Jenkins p.21; In the Showroom : The 1930s and Three-Wheelers by Malcolm Bobbitt p.29;Skimpings: Crianlarich and Ben More by Barry Taylor p.39; Ashton, Peak Forest & Macclesfield Canals : Part One To Ashton & Stockport by Euan Corrie p.41; A Day in Dean Forest by Ian Pop p.49 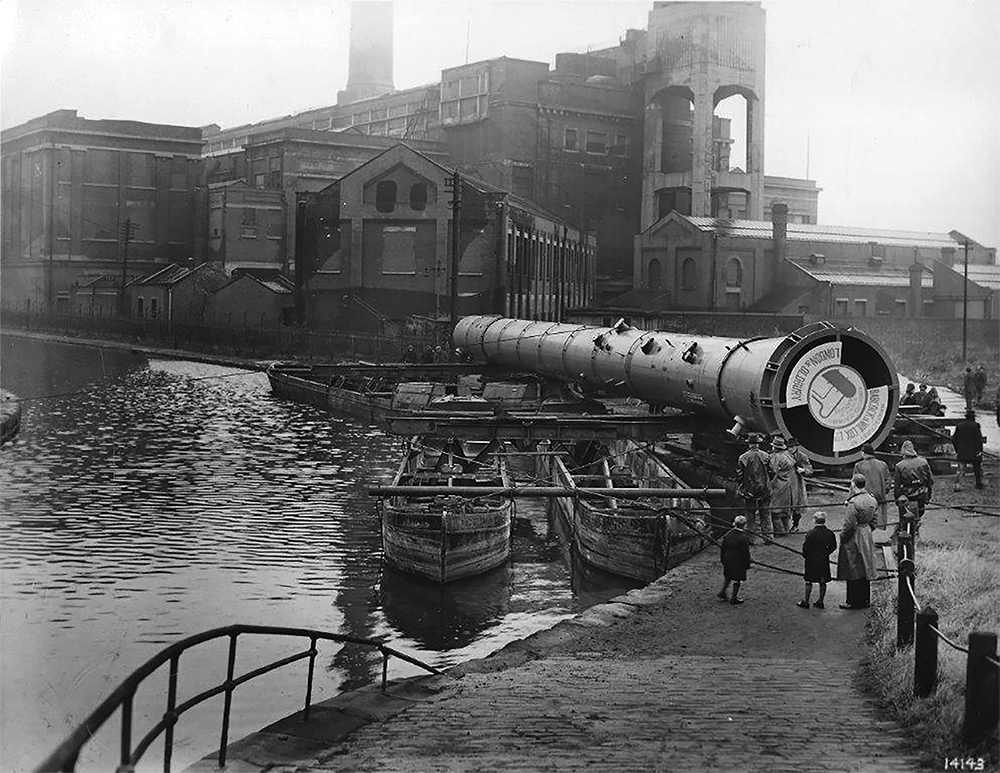 From: Crossing Over The children are perhaps taking more interest but the weather is deteriorating and rain setting in! The column is now resting on the long RSJs that extend from both pairs of boats. But Iâm unable to see the advantage of loading it over the cabins of all the boats. The column seems to me to be somewhat shorter than the total length of two boats (140â142 ft). Notice the awkward kink in the towpath wall here resulting from diversion of the canal from the old James Brindley/John Gilbert aqueduct to the new swing structure. 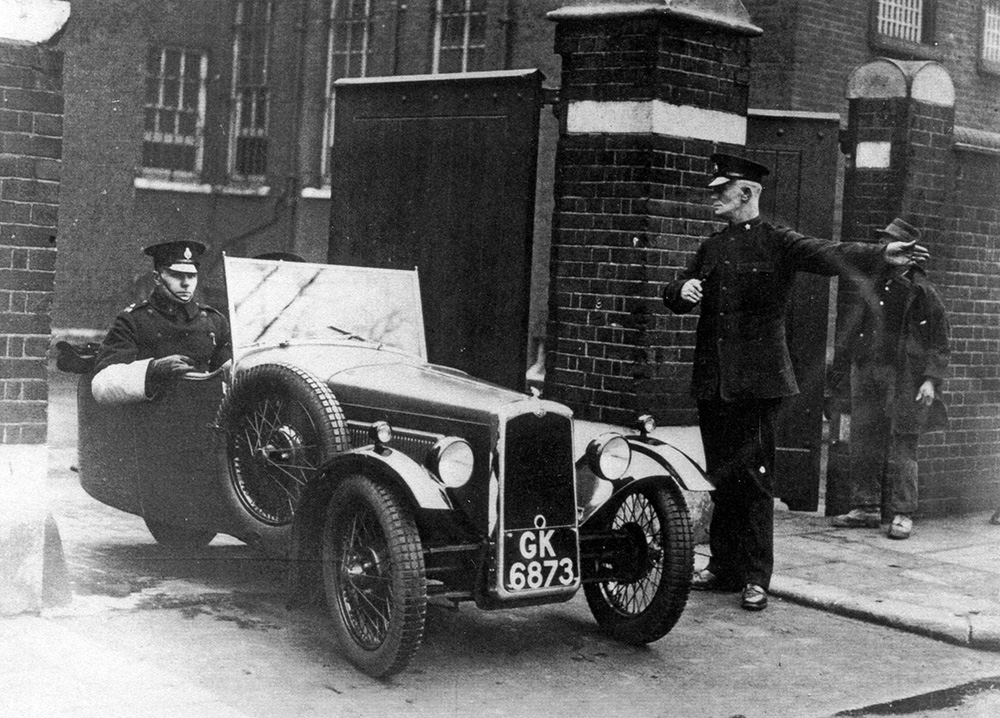 From: In the Showroom BSAâs motorcycle industry began in 1910 and within two decades the company was the largest motorcycle manufacturer in Britain, possibly even the world. From its Small Heath factory in Birmingham, BSA in 1929 introduced its three-wheeler which was designed by F.W. Hulse, its propulsion being via a 1,021cc V-twin engine made by BSA but to a design originating from Hotchkiss. The opportunity to build the engine came when Morris bought the British aspect of Hotchkiss. The BSA was unusual insomuch that the engine drove the front wheels, and according to reports in the motoring press at the time, it was more comfortable and easier to drive than the Morgan. The BSA seen in this photograph is one of a number examples in service with Scotland Yard on traffic control duties, the cars being an efficient means of transporting police traffic officers around London. From 1933, and shown at the year end at the Olympia Motor Cycle Show, was a four-cylinder water-cooled model of 1,075cc. Metropolitan Police