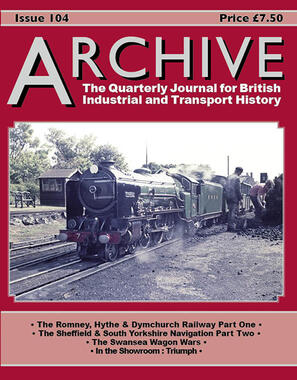 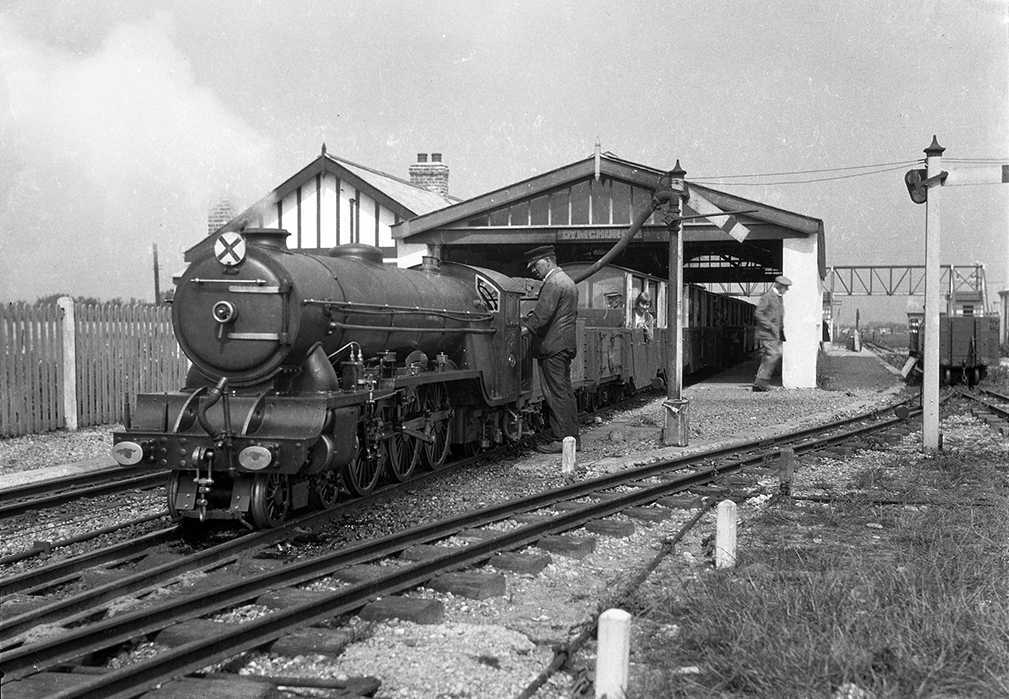 From: The Romney, Hythe & Dymchurch Railway Dymchurch Station, circa 1929, showing a down train taking water and freight vehicles in the down siding. 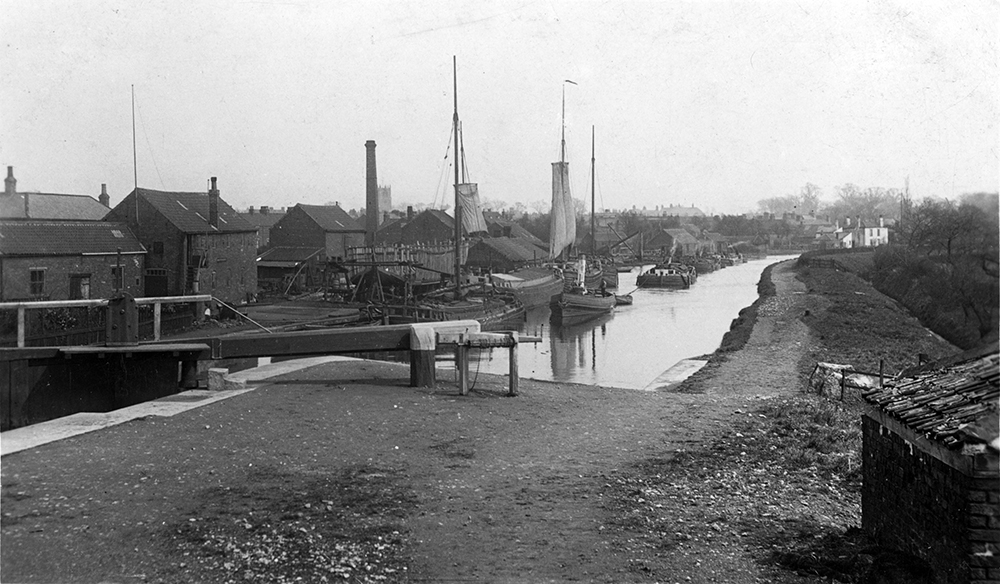 From: The Sheffield & South Yorkshire Navigation The Stainforth & Keadby has a single intermediate lock, at Thorne which will pass vessels up to 61ft 8in by 18ft 4in). This is the scene downstream of the lock before the middle of the 1920s by which time Dunstonâs shipyard had ceased to build wooden craft. A steam tug is slowly drawing three sailing keels towards Thorne Lock which is being made ready to receive it. Each of the four craft will have to pass through separately with the tug or manual labour being used to draw the heavily laden vessels into the chamber. Those with their lee boards still rigged will have to remove them before entering the Sheffield size locks above Doncaster which only pass craft of a maximum beam of 15ft 6in. Even if no craft come downstream the interrupt the work it will be at least 45 minutes before the train sets off for the next lock at Bramwith. Meanwhile Dunstonâs shipyard seems busy with both clinker and carvel built keels awaiting attention and further back on the land a new wooden vessel in frame with planking above the chine yet to be started. John Ryan collection