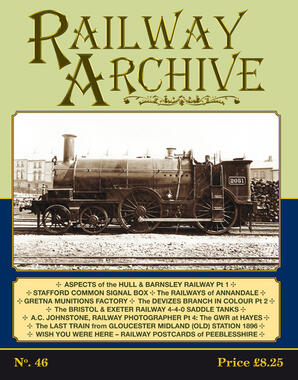 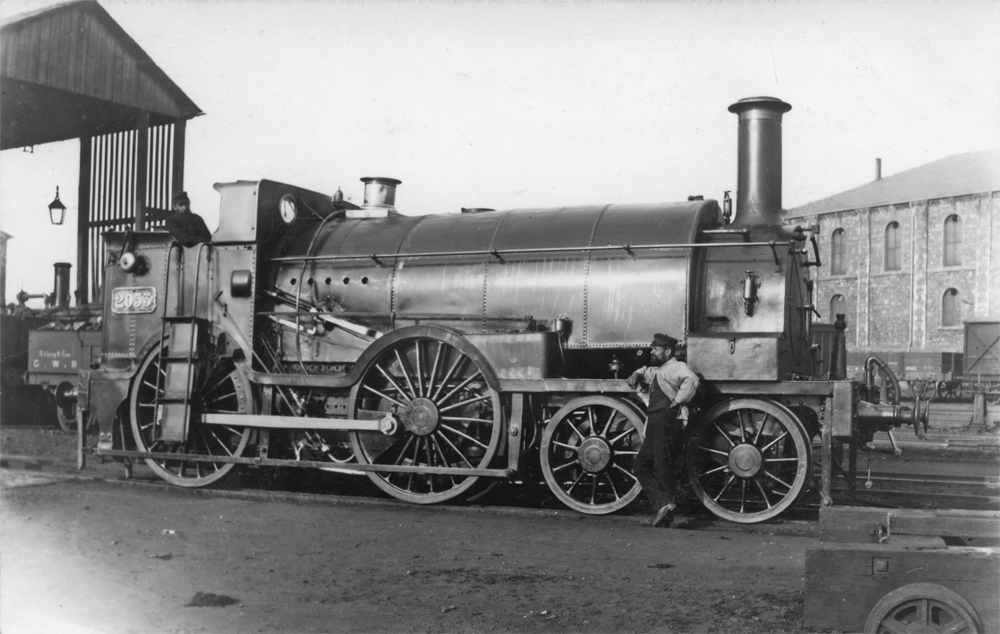 From 'âUgly Ducklings or Beautiful Swans?â The Bristol & Exeter Railway 4-4-0 Saddle Tanks' : Despite the impending doom of the broad gauge, these sturdy and useful 4-4-0STs continued to receive modifications up until about 1890 and this included the provision of cabs, or at least what passed for them at the time. In fact, the side sheets were only carried over the top of the cab to cover the area where the driver and fireman might stand, leaving a gap in the middle! Better than nothing perhaps â but only just. No. 2053 is seen here in the locomotive yard at Exeter, probably in the last year of broad gauge operations and she has reached the final form in which these very versatile engines generally appeared.