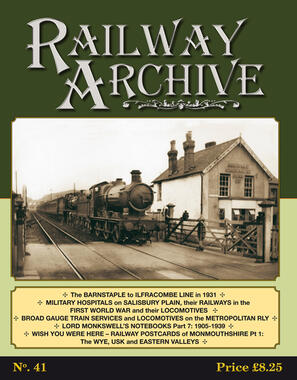 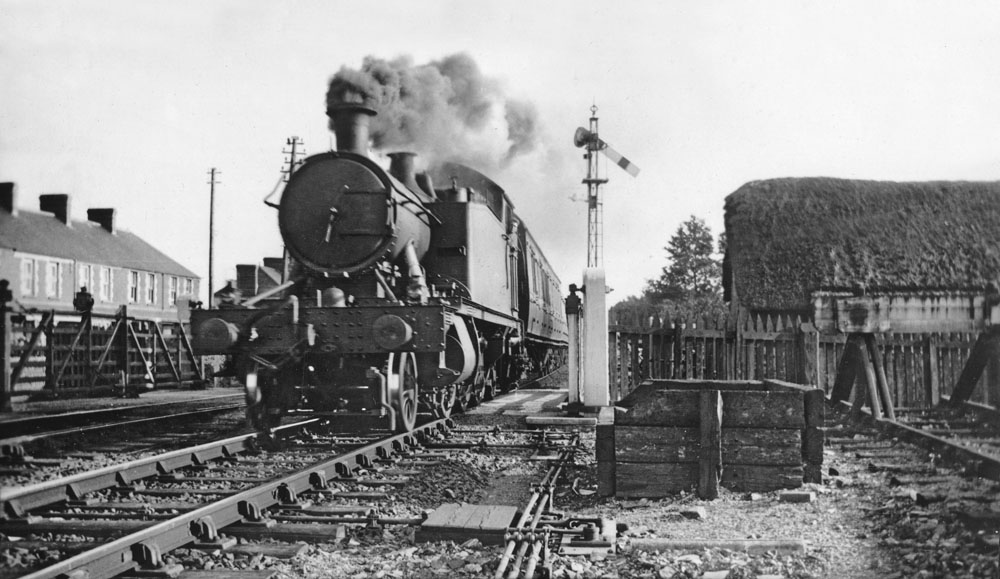 From 'The Barnstaple to Ilfracombe Line in 1931' : A GWR train for Ilfracombe passes over Braunton Gates crossing, with â45XXâ Class 2-6-2T No. 5535 in charge. These trains would not stop to pick up passengers but would halt if a banker were required. Through GWR workings â as opposed to the carriages simply being worked forward by the SR â had begun in 1925, coinciding with the upgrading of the route to main line status and the provision of a larger turntable at Ilfracombe. Presumably, the general increase in traffic and the need for banking and pilot engines on the line put a strain on the resources of Barnstaple Junction shed, so it would have been seen as a simple solution by the Southern for the GWR to work its own trains at busy times, such as summer Saturdays. The first twenty of these popular and attractive âPrairieâ tanks were constructed at Wolverhampton in 1906-08, the last locomotives to be built there; all subsequent batches, up to the final thirty in 1928-29, were built at Swindon. No. 5535 was one of the penultimate batch, being completed in June 1928. These later builds were also fitted with larger slope-topped side tanks of 1,300 gallons capacity. No. 5535 was to be an early casualty amongst these later series engines, being withdrawn in June 1957.