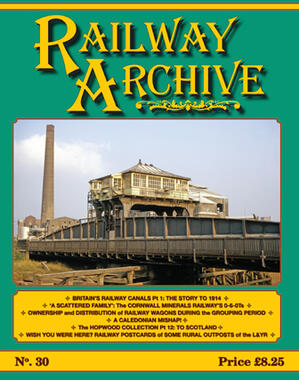 Contents: Britain's Railway Canals : 100 Years of Railway Control and Ownership of Britain's Waterways Part 1: The Story to 1914 by A.J. Mullay, p.3; A Scattered Family: The Cornwall Minerals Railway's 0-6-0Ts by Peter Treloar, p.27; Ownership and Distribution of Railway Wagons During the Grouping Period by Peter Tatlow, p.43; A Caledonian Mishap! by Jim MacIntosh, p.51; The Hopwood Collection Part 12: To Scotland â The âCaleyâ, the North British and a Highland Fling! by The Revâd Canon Brian Arman, p.57; Wish You Were Here? Railway Postcards of Some Rural Outposts of the L&YR by Jeffrey Wells, p.67 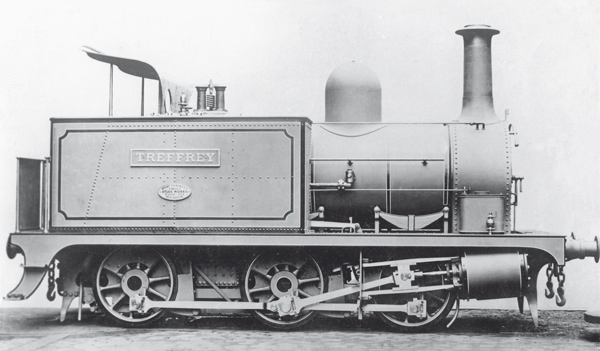 From 'The Cornwall Minerals Railwayâs 0-6-0Ts' : An official works photograph of the first of the class, CMR No. 1 Treffrey, Sharp, Stewart Works No. 2350 of 1873, which shows the class as built. The name Treffrey refers to but mis-spells the family name of the originator of the tramways which formed the basis of the CMR, Joseph Austen Treffry. Three others were named but the names did not survive rebuilding by the GWR. The locomotive is shown without a numberplate and it may well be that the named engines worked without numbers in CMR days. The lack of rear bunker and open cab was intended to facilitate back-to back working.