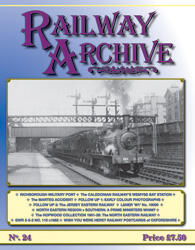 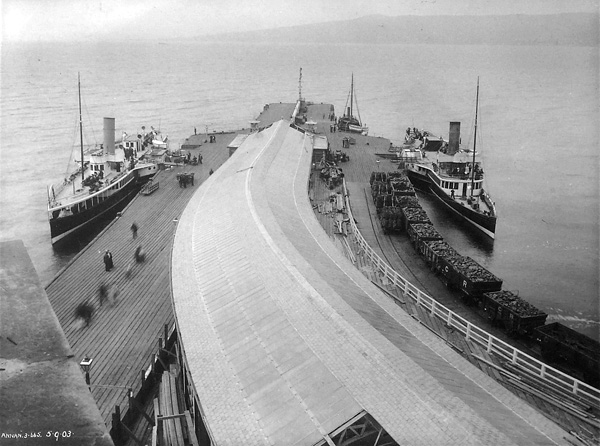 From 'Creating an Edwardian Railway Masterpiece: The Caledonian Railway's Wemyss Bay Station' : From the vantage point of the clock tower, the layout of the pier and its operation can be clearly seen. The finishing touches to the roof have still to be completed and the luggage ramp needs clearing of the loose timber. A âPufferâ, another quintessential type of Clyde vessel, is moored on the outer berth. It is not known if the use of the pier by vessels other than steamers was a regular occurrence. However, the owners of Kelly House (seen in Plate 2) had included, in an Appendix to the Caledonian 1899 Act, a clause stating âshall have the free use at all times of and access to the pier for his yacht, and for loading and unloading thereat of his household trafficâ. The steamers are PS Marchioness of Lorne (1891) on the left and PS Marchioness of Bute (1890) on the right. Both had been built in Port Glasgow, the birthplace of Comet, the first commercial passenger steamboat in the world, and both survived their WW1 service as minesweepers.