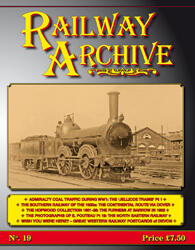 Contents: Admiralty Coal Traffic During the First World War: The Jellicoe Trains: Part 1 by Keith Turton, p. 3; The Southern Railway of the 1930s from the Camera of S.A.W. Harvey: The Southernâs Continental Route Via Dover by Jim Greave, p. 33; The H.L. Hopwood Collection 1901-1926 Pt 2: The Furness Railway at Barrow in 1902 by The Reverend Canon Brian Arman, p. 45; The Railway Photographs of E. Pouteau Part 19: The North Eastern Railway by John Alsop, p. 53; Wish You Were Here? Railway Postcards of the GWR in Devon by Neil Parkhouse, p. 71 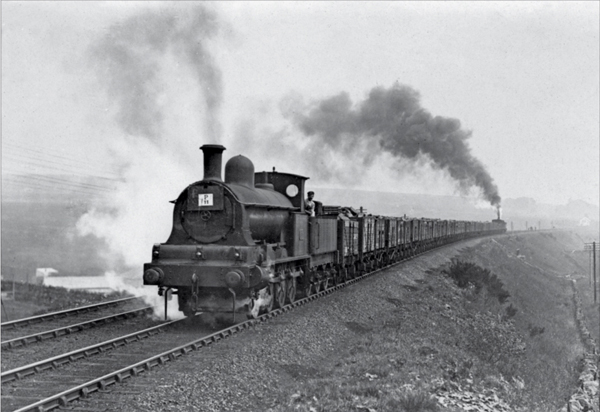 From 'Admiralty Coal Traffic During the First World War: The 'Jellicoe Trains'': The only known photograph of an Admiralty coal train is this image of an L&NWR 'B' Class Compound 0-8-0 No. 500 (later LM&S No. 9295 when converted at Class 'G2a') climbing Shap with an unidentified rear bunker. The train carries the reporting number P11 and looks to be loaded to around thirty-eight wagons, plus brake van. The picture was taken by F.E. Mackay, presumably with official sanction, although whether there was actually an embargo on photographing these or other strategically sensitive trains is not clear. John Alsop Collection