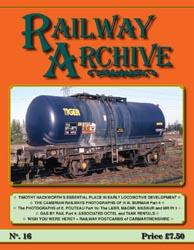 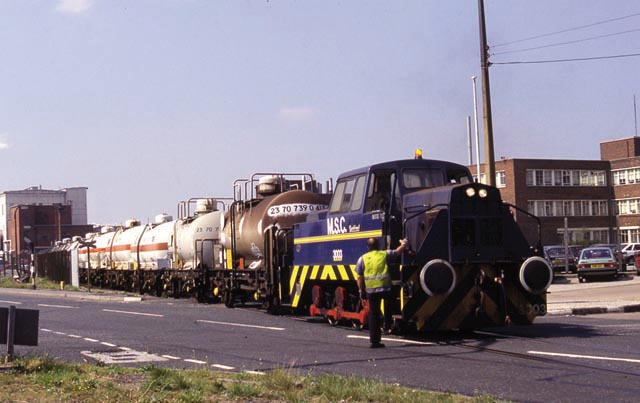 From 'Back Cover: Gas by Rail': Pete Fidczuk completes the story of âGas By Railâ, looking at the operations of Associated Octel and Tank Rentals. Here, in September 1991, Manchester Ship Canal No. 3003 pulls a rake of Associated Octel tank wagons out of the companyâs Ellesmere Port works and across Oil Sites Road. The locomotive will then run round its rake, before starting up the grade to the BR sidings at Stanlow. Five chlorine tanks destined for Amlwch are prominent behind the first two vehicles, which are TEL tanks bound for Dover. Unusually for Associated Octel vehicles and in comparison to the others, the first of these is filthy. Photo. T. Mann