RAILWAYS OF THE ANDES 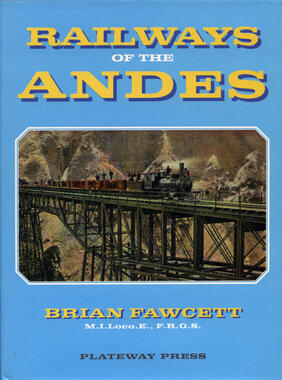 RAILWAYS OF THE ANDES

Brian Fawcett came to South America as a young man of 17, and spent almost a quarter of a century in the service of the Central Railway of Peru. His duties gave him a unique insight into the workings of that great railroad - which scales the highest railway summit in the world, at 15,848ft - and also enabled him to collect information, hitherto unpublished, about other Andean railroads. The result was 'Railways of the Andes', the first major English-language survey of the planning, construction and operation of the main Andean railroads. This is a reprint of his classic work of 1963 describing his own experiences with much more on other of the fascinating railways that penetrate the Andes mountain range.