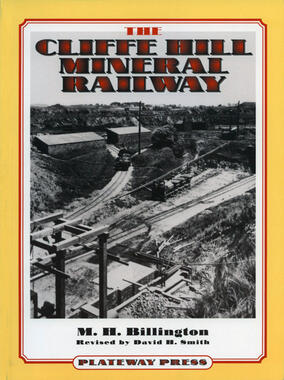 A definitive account of the 2 ft. gauge railway that served the granite quarries at Cliffe Hill, Leicestershire. Opened in 1896, it was worked by a varied fleet of Bagnall locomotives, later joined by two Sentinel geared locomotives and a Kerr Stuart 0-6-0T. For a period there was also a standard gauge internal system employing two 0-4-0ST of typical contractor's design. Replaced by road haulage in 1948, one standard gauge and two narrow gauge locomotives survive. This new edition coincides with the centenary of one of them, the 2ft. gauge Bagnall 0-4-0ST ISABEL. The book by Maurice H. Billington was originally published in 1974. This new edition has been completely revised and updated by David H. Smith (who has been closely involved with the preservation of the Cliffe Hill loco PETER) and includes new information, photographs and excellent scale drawings.