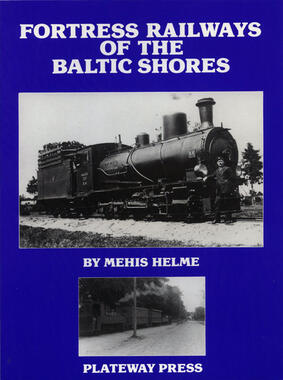 A history of the 750mm gauge railways installed on the Estonia coast and on the offshore islands guarding the approaches to St Petersburg, in the period 1907-18. Little used in 'military' service, many were later absorbed into the Estonia State Railways. The book also describes the 600mm gauge 'Feldbahn' railways built by German occupying forces. Includes full details of the various German and American built locomotives from O&K, Krauss, Baldwin, Alco, Vulcan, and many others.