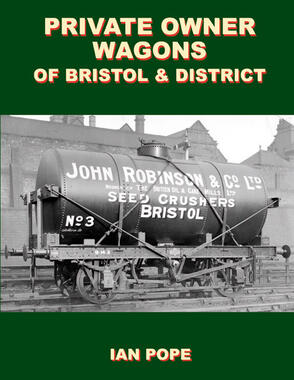 The third volume covering the privately operated wagons of Gloucestershire covers the city and county of Bristol and the areas around Warmley to the east and Avonmouth to the west. The majority of wagons featured in this book were concerned with the coal trade, bringing both housecoal and industrial coals into the city. The City of Bristol also has a long industrial history, thus wagons connected to such diverse businesses as the chemical industry, pottery and fireworks will be found within these covers. Wherever possible a short history of the business concerned has been given, as with the previous volumes, in an attempt to indicate the period over which a wagon for a specific owner might have been seen in traffic. This volume, and the other private owner wagon titles from Lightmoor Press, form an invaluable resource for railway modellers as well as for social and industrial historians. 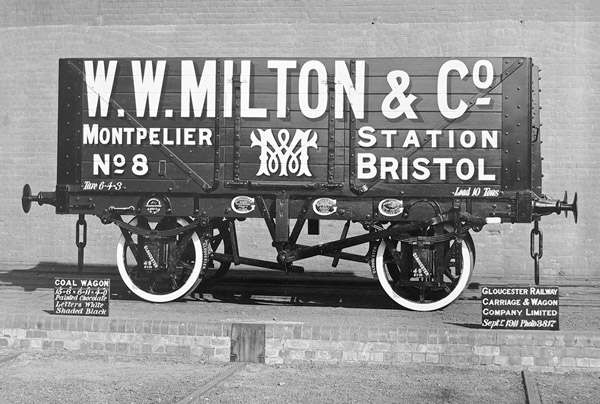 This extremely attractive livery of a chocolate body with white lettering and black shading and ironwork, apart from the diagonals, was applied to wagon No. 8 in September 1911. The intertwined WM on the side door has now been altered to a particularly ornate style. It carries all three Gloucester plates, builders, owners and repairers and was registered by the GWR.GRC&WCo. 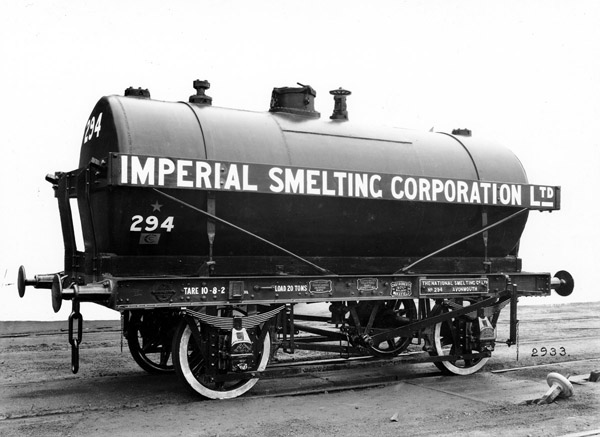 A 20-ton tank wagon built by Charles Roberts of Wakefield in December 1935 although as delivery was probably not until January the workâs plate actually gives 1936. Of the plates on the solebar that to the right of the load details reads âFor repairs advise owners 19 Parade Neathâ. Next is a return empty plate âReturn empty to Hallen Marsh Sidings Avonmouth G.W.R.â. Then comes a standard Chas Roberts builderâs plate and the rectangular ownerâs plate which still reads âThe National Smelting Co Ltdâ. courtesy HMRS AAS523