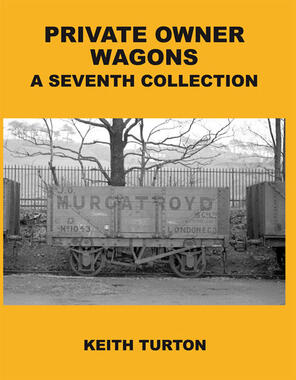 This seventh volume of the series continues to add to the knowledge of Private Owner Wagon operations and of their owners and operators. In this book over seventy more businesses are identified and the text is profusely illustrated as usual with the wagons and their places of work. Each of the businesses is given a short history, together with all known details of their wagon fleet. A further section looks back over all of the previous volumes and adds new material, both photographic and documentary, which has come to light since the original publication. As in the earlier volumes, reference is made to where models of the wagons illustrated can be obtained and a full list of sources for the original material used to compile this book is given. It is not only railway modellers that will find this series of interest but also industrial and social historians seeking details not only of the coal trade but of many other diverse industries once the backbone of British manufacturing. 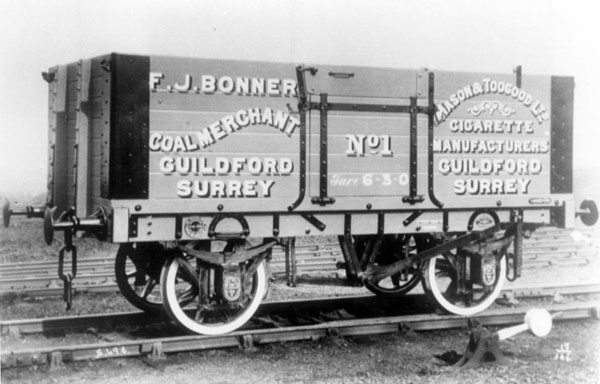 Typically Hurst, Nelson in design with six planks, seven end planks and fold over flap door on the top plank but without the typical heavy wooden doorstops of this builder, No. 1 dates to very early in the twentieth century. It also has side doors only and brakes one side. The livery appears to be a grey body with white letters shaded black and black ironwork. courtesy HMRS ABP621 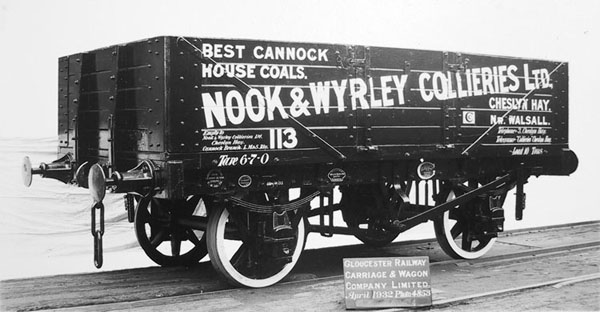 Thirty wagons were hired secondhand from the Gloucester RC&WCo. in 1932 for a period of three years. Number 113 had originally been registered with the GWR in 1924 (No. 69174). It has five planks, side doors only and brakes both sides. The livery appears to be a black body with white unshaded letters. Italics at bottom left read âEmpty to Nook & Wyrley Collieries Ltd. Cheslyn Hay. Cannock Branch, L.M.& S. Rlyâ and at right âTelephone:- 3, Cheslyn Hay, Telegrams:- âCollieriesâ, Cheslyn Hay.â GRC&WCo.