Gloucester to Swindon and Branches Part 2 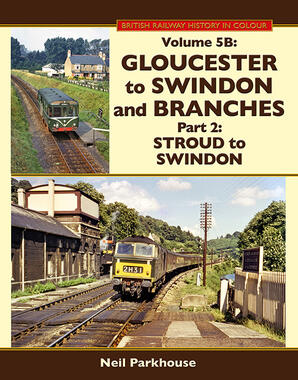 Gloucester to Swindon and Branches Part 2

This is the second and concluding part of our journey from Gloucester Central to Swindon, which opened as a broad gauge line from Swindon to Cirencester in May 1841 and then from Kemble to Standish in June 1845, from where it joined with the Bristol & Gloucester Railway to reach Gloucester. Having reached Stroud in Part 1, we first complete our study of that station before heading off up the valley towards Brimscombe and Chalford. These were two very different stations, opened over fifty years apart, one designed by Brunel and the other to an 1890s standard GWR design, both of which were closed on the same day in 1964 when local passenger services were withdrawn. Much of this service was provided by the auto trains running to and from Gloucester, which served the valley for sixty years until bus and private car ownership brought about their demise. However, BR having given notice originally in 1962 about ending the service, its last years of operation were well photographed and all of the intermediate halts are illustrated here, along with numerous scenic views of the autos scurrying up and down the valley. Interspersed with the auto workings were a very varied range of other trains, from London expresses to heavy freights, most of which required banking up the fearsome climb to Sapperton Tunnel and the summit of the line. Banking engines were usually stationed at Brimscombe, where a shed was provided from broad gauge days, but assisting locomotives for heavy expresses requiring piloting waited at Stroud, attaching to the front of the train when the stop was made there. Our period covers from the late 1950s to the mid 1970s, through the last years of steam on BR(WR) and the early diesel-hydraulic era. Again the locomotive variety is impressive: âCastlesâ, âHallsâ and âGrangesâ, â9Fsâ and â8Fsâ, âPrairiesâ, pannier tanks and â14XXâ 0-4-2Ts, along with âWesternsâ, âHymeksâ and âTeddy Bearsâ. And railbuses! Once we reach Kemble we take time out to travel the branches to Tetbury and Cirencester, on which the AC Cars railbuses operated for the final six years, stopping at all of the halts and studying the infrastructure of both terminii. And then, we complete the last leg to Swindon, crossing into Wiltshire and tarrying a while at the delightful Brunellian station at Minety, before arriving at our destination, past the engine shed which lay alongside the line from Gloucester. And everything on this gorgeously scenic journey, especially the lovely mostly long lost stations â Stroud and Kemble alone remain â are as usual illustrated in glorious colour, from spring greens to autumn golds, and Swindon green to Rail blue! 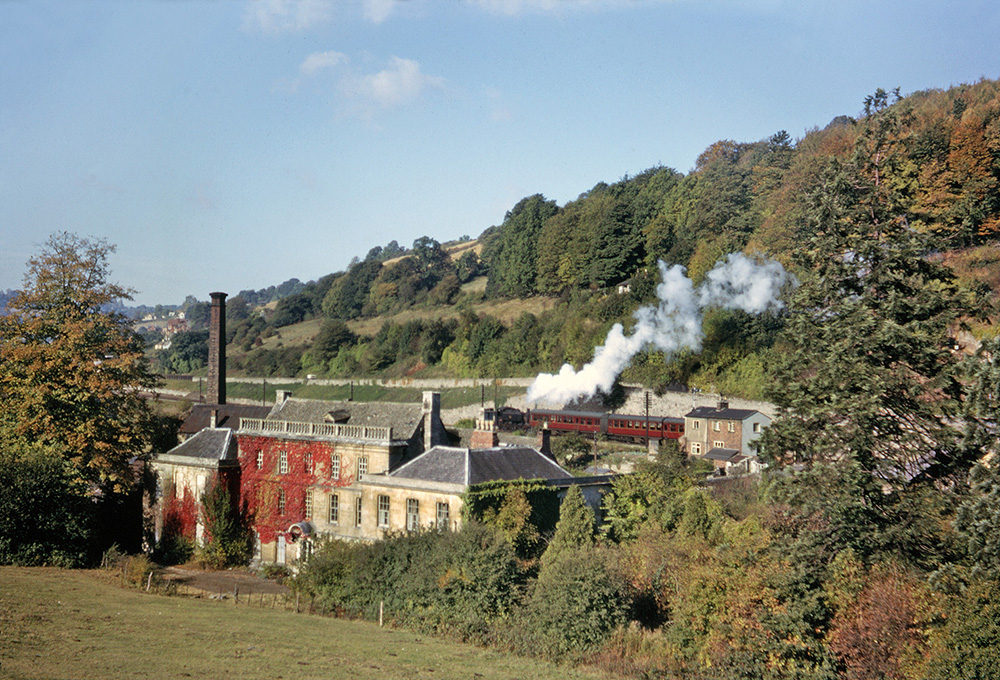 Bill Potter was out with his camera again on Saturday 17th October 1964, capturing as many different views of the Chalford autos as he could before the service ceased two weeks later and it is thanks to him that we can enjoy views such as this, with autumn having turned the leaves of the Virginia creeper plant adorning the rear wall of St. Mary's Mill in the foreground a rich red. Behind, a '94XX' pannier tank draws away from St. Mary's Halt hauling a two trailer working back to Gloucester. The '94XX' tanks were not auto-fitted, so had to run round the train at Chalford. As can be seen, the mill complex of circa 1820 included an impressive mansion for the owner Samuel Clutterbuck, befitting his status as a prominent local businessman and employer. Bill Potter/KRM 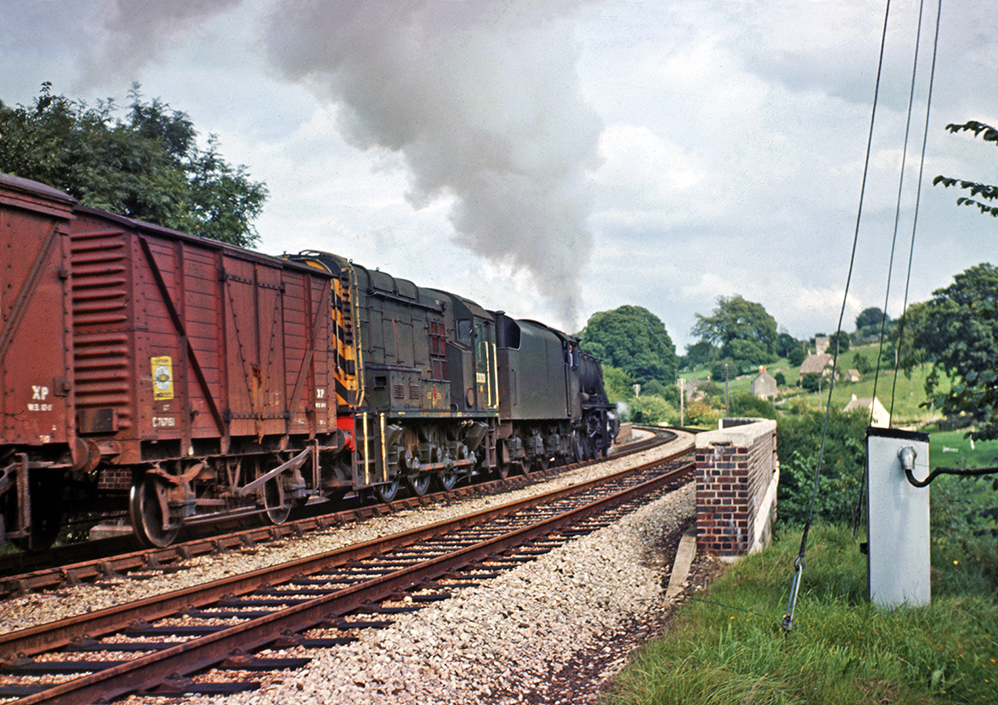 Don then took this fine view of No. 48606 and dead No. D3039 as the train headed on to Frampton Viaduct. As we saw a few pages ago, ex-LM&SR types were to be seen on the line from 1960 at least (and undoubtedly during the war years too) but they became far more common in the final year of steam on Western Region and, indeed, for a few more months afterwards. Here, '8F' No. 48606 of Burton on Trent shed heads onto Frampton Viaduct on 4th September 1965. New from the Southern Region's Eastleigh Works in September 1943, the 2-8-0 was withdrawn in August 1966 off Westhouses shed in Derbyshire. We also get a glimpse of another 0-6-0 diesel shunter here heading to Swindon for overhaul; No. D3039 was new from Swindon Works on 28th November 1953 and was coming down from Wolverhampton Oxley shed. Like its classmate seen a little earlier, it too was withdrawn off Toton shed, as Class '08' No. 08027 on 2nd November 1980. Don Mann