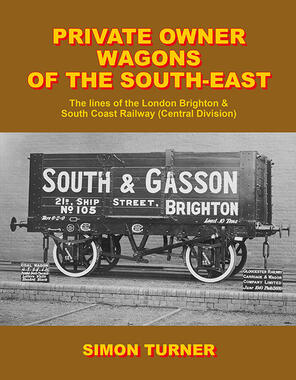 This volume continues the study of Private Owner Wagons in the South East and follows on from the work on the South Eastern & Chatham lines by John Arkell. This book covers operators at home on the lines of the London, Brighton & South Coast Railway and its successors the Southern Railway (Central Division), and so covers all of Sussex and some of Hampshire. The book is laid out line by line and is profusely illustrated with photographs and items of ephemera together with a full history of the various wagon operators. The latter adds greatly to the knowledge of the workings of the coal industry and especially to the smaller dealers in coal. 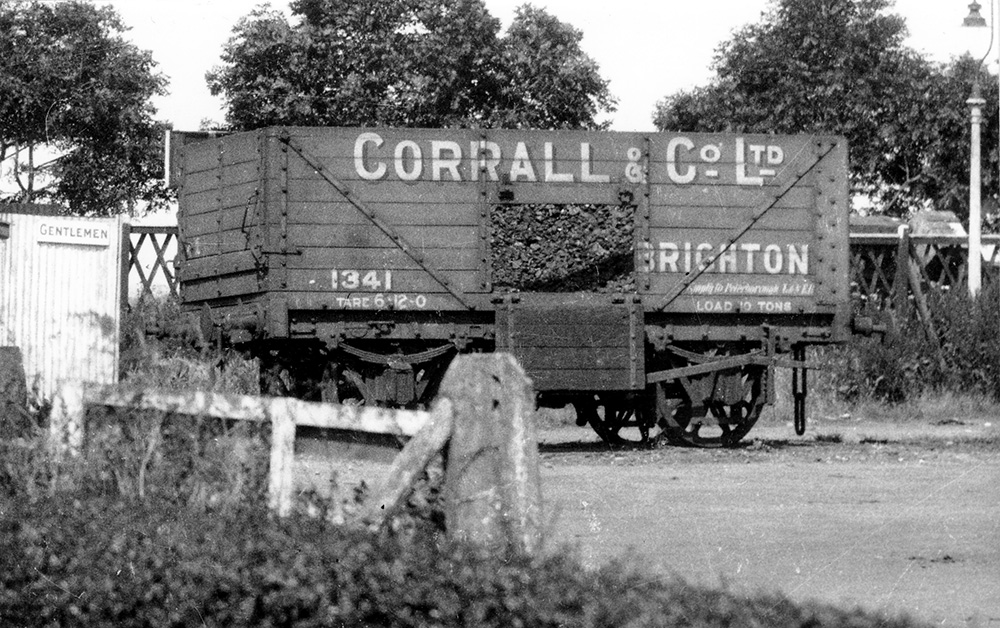 Corrall & Co., Brighton. A more modern ten-tonner, wagon number 1341 on the Selsey Tramway. The appearance of the wagon suggests it was built in the 1920s. Lens of Sutton Association 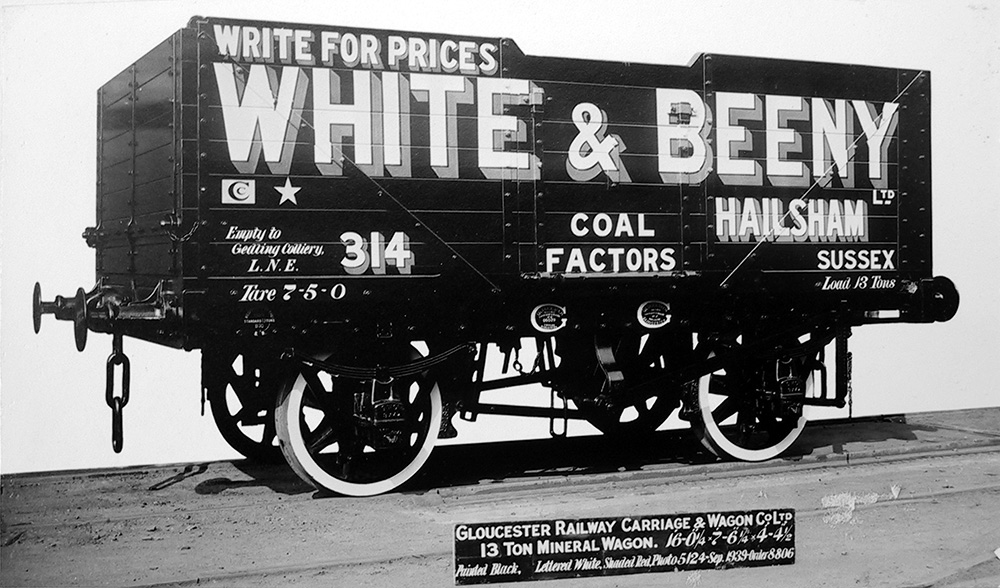 Wagon number 314 was one of ten new 13-ton wagons, numbered 310 to 319, supplied by the Gloucester RC&WCo. to Messrs White & Beeny of Hailsham in September 1939. They were registered by the Southern Railway and had side, end and bottom doors. Unlike previous wagons these were painted black with white lettering shaded red. The wagon empties to Gedling Colliery, Nottingham. GRC&WCo.