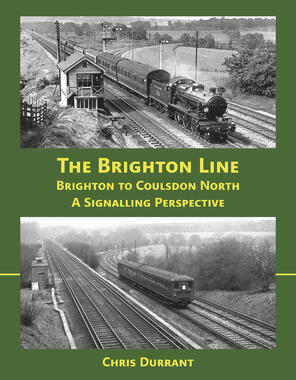 This book charts the developments of the London, Brighton & South Coast Railway through the Southern Railway to British Rail, from Brighton to Coulsdon North, with particular focus on a signalling perspective. With a wealth of illustrative detail, the historical progress of the railway is recounted â from steam to electric motive power, and mechanical to colour light signalling â using original documents and photographs from national and regional archives, supplemented by material from personal collections including the authorâs own. Whilst the authorâs technical and professional expertise as a signalling engineer is employed to the full, this book is also about a way of life. Giving access to the proudly polished interiors of historic signal boxes with glimpses of signalmenâs domestic routines, the triumphs and tribulations of life in the S&T (Signalling and Telecommunications) maintenance department, and the liaisons with fellow departments, this book is as much a history of railwaymen as of the railway. The story of the surrounding landscape encroaches, too: the railway adjusts from racegoers to airport traffic at Gatwick and accommodates the building of a motorway; signal boxes encased in brick protect against wartime air raids; elements of the skyline change whilst others remain. Documenting a time before passengers became customers, when performance targets and train operating companies were unheard of, this book celebrates the work of the engineers who built the railway, recognises those whose aim was to maintain and run an excellent service, and honours the photographers who took time to capture evocative images of architecture and infrastructure from construction to demise. While thoroughly research-informed, it is threaded through with the authorâs inimitable personal commentary. 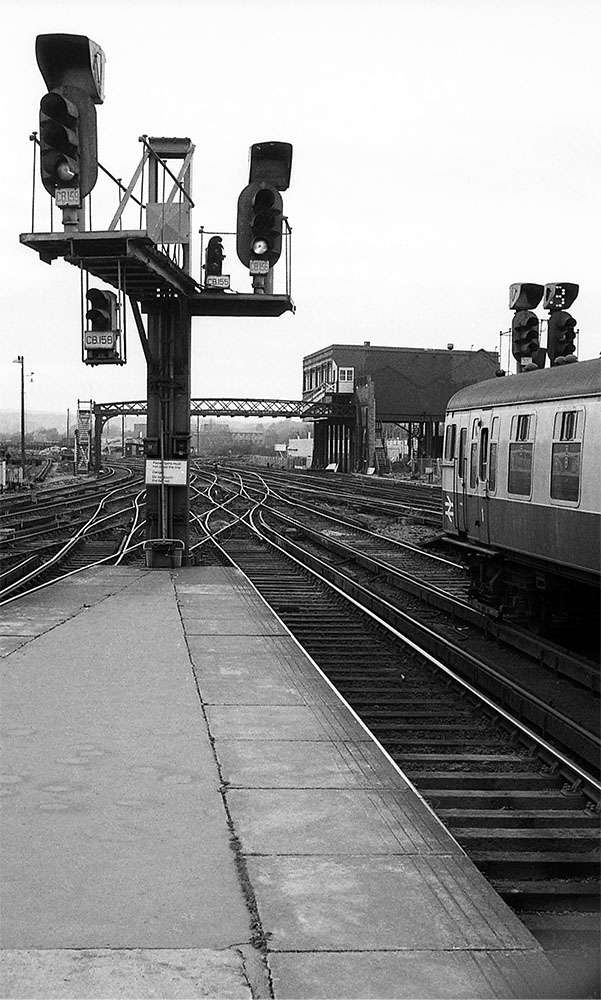 The ingenious use of a cantilever brings CB159 signal head the correct side of the track circuit joint at the tips of 102 facing points which are actually inside platform 3 (although the signalling plan show these two signals as separate structures). With the route set for the branch towards Lewes, CB159 would exhibit a âBâ in the theatre indicator, whilst with lever 160 reversed and the route set for the Up Through line towards London a âTâ would be exhibited. Two routes were available from each signal, although the driver would be unaware of which way he was being sent. The observant will notice a lamp out on the bottom left âBâ in the indicator of CB151 signal on platform 6; the signalling could suffer a number of these outages before the signal would fail to change aspect. The makeup of figures in an indicator such as this would be carefully configured so that if a number of lamps failed, its degraded state could not be interpreted as another letter or numeral. A mop and bucket are leaning up against the structure leg for drivers to give their windscreens a quick wash before departure; note also the TRTS (Train Ready to Start) plungers mounted on the upright. The outline of the old works roof can clearly be seen on the side of the signal box. 30th October 1983 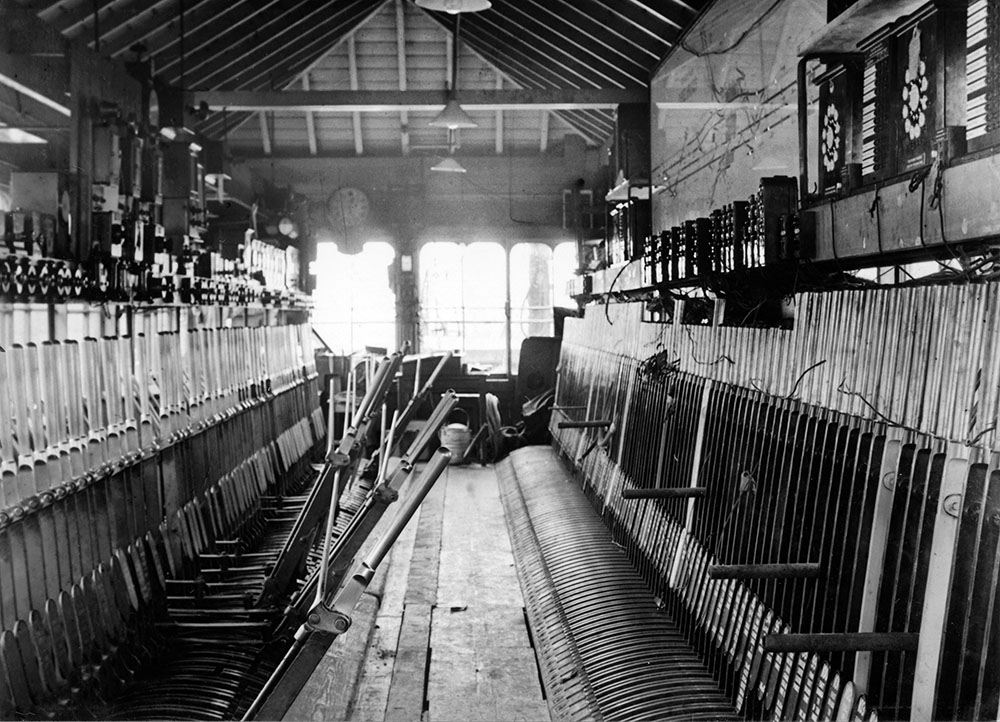 With the advent of the new colour light signalling, it was found to be impractical to adapt the 94-lever frame in Central box (originally rocker and grid iron locking but relocked with tappets in August 1915) to work the area, bearing in mind also that the one remaining signal box was now taking the place of three. The decision was taken to install a new 130-lever Westinghouse âA2â frame opposite the original, the result of which can be seen in the above photograph, in decidedly cramped circumstances. The days are numbered for the old frame with its levers at different stroke, Harpers instruments and rows of plungers. Presumably the bulk of the installation would have been carried out during quieter periods, perhaps even at night, and hopefully the relationship between the signalmen and the installers was, at the very least, cordial. The new frame can be seen on the right-hand side with the new illuminated diagram, Siemenâs magazine describers and signal repeaters all in position. April 1932