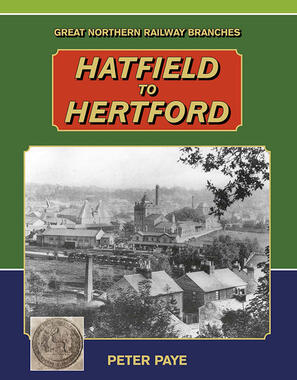 The Great Northern Railway branch to Hertford, one of three connections emanating from the junction at Hatfield, exuded a bucolic charm which belied its location twenty miles from central London. The terrain traversed was one of rolling Hertfordshire countryside interspersed with landed estates, farms and pleasant rural landscapes. Born by the desire of local landowners and businessmen to provide rail access west of the county town, and connecting with the 1843 Eastern Counties Railway (later Great Eastern Railway) branch from Broxbourne on the Cambridge main line, the initial aim was to join with the nearest point on the GNR main line six miles to the west at a remote junction at Welwyn. Flattered by success, moves were then made to extend the railway and connect with the London & North Western Railway at Dunstable. The GNR management at Kingâs Cross (which from 1858 were already working the new line jointly with the ECR), alarmed by the threatened incursion into their territory, absorbed the branch three years later and soon after services were extended to Hatfield. From thereon, passenger services were developed and freight â enhanced by the establishment of many intermediate sidings to exploit the excavation of ballast and bricks for housing and road development â required goods trains to operate both day and night. Transformation came after World War One: first with bus competition, and then the opening of the direct line from Enfield and Cuffley to Stevenage by the L&NER, with a new station at Hertford North in 1924; branch passenger services were diverted and the old station became a goods depot. At the same time, the GNR and L&NER were heavily involved with the development of the new Garden City at Welwyn, where a new station was opened in 1926. Loss of passenger traffic on the branch was compensated by much-needed revenue from industrial development and associated additional sidings. Plans were prepared for closure between Hertford North and Hatfield, but World War Two intervened and the branch received a new lease of life, although from 1944 passenger services only operated between Hertford North and Welwyn Garden City. After hostilities and nationalisation, BR withdrew the meagre branch passenger service from 1951 but freight continued, notably refuse and garbage from London and Luton to infill the massive excavations left in earlier years. Goods facilities were withdrawn over an extended period, the last section at Welwyn Garden City closing in 1981. In its heyday the branch conveyed royalty, gentry and everyday country folk en route to market. Designed as an important cross-country route with successive developments, it ultimately played a secondary role acting as bridesmaid but never the bride. Rail passengers can still pass over the original route between Hatfield and Welwyn Garden City, and at Hertford North and Hertford East, whilst ramblers, cyclists and walkers can follow the Cole Green Way where once apple green liveried 4-4-2 or black painted 0-6-2 tank engines hauling a few coaches temporarily roused the echoes disturbing the flora and fauna. 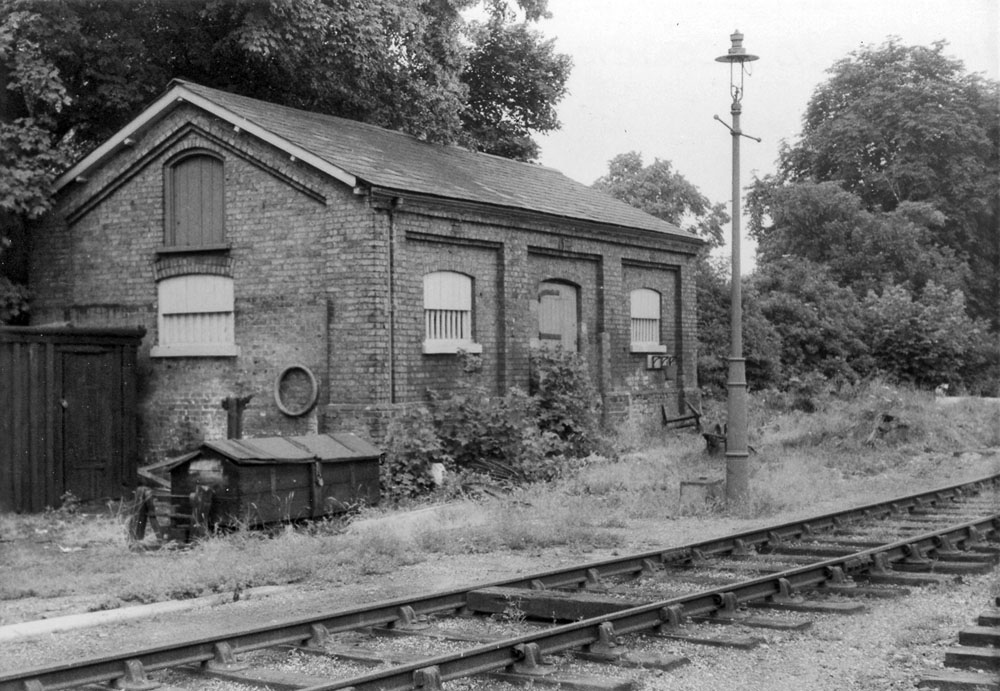 GNR stable block (built in 1863) to the north of the running lines at Hertford Cowbridge in 1962. Shunting horses as well as goods cartage animals were housed in this block P. Whitaker 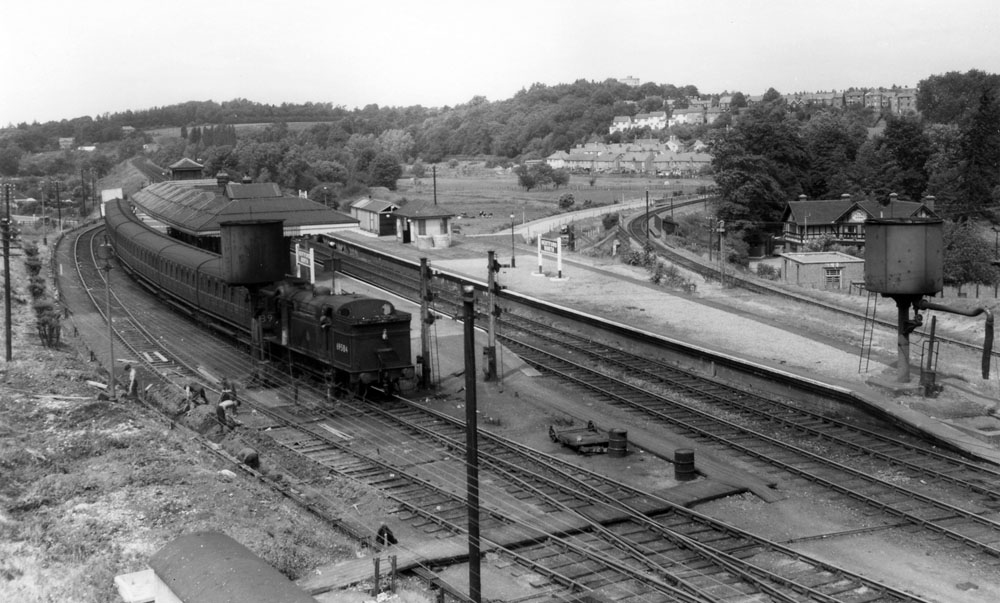 The view from overbridge No. 41 looking north on 28th June 1955. âN2/4â Class 0-6-2T No. 69584 was waiting to depart Hertford North with a train for Moorgate. The sparseness of the Up platform can be compared with the Down side platform with it fine array of buildings. The line to Hertford Cowbridge and Hertford East curves away to the right beyond the parachute water tank. J.F. Aylard