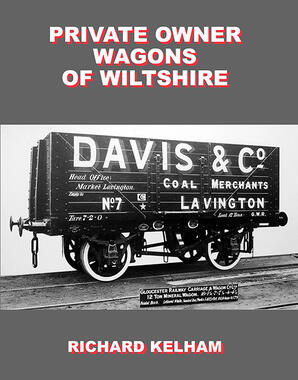 This volume follows from the authors previous one on the county of Somerset and complements others in the series covering Gloucestershire and the Bristol area. It studies all of the known wagon operators in the county of Wiltshire. This county, unlike Somerset, was not blessed with coal reserves and thus we do not have an abundance of colliery wagons, nor any particularly heavy industry. It did, however, have stone, especially the famed Bath Stone, and so wagons for the numerous quarry companies occupy their own chapter. Illustrated with over 250 photographs, drawings, maps and items of ephemera, this volume gives an excellent social history of the many small businesses, in the main coal factors and coal merchants, over the eighty years from 1860 to 1940. To round off the volume the opportunity has been taken to update Private Owner Wagons of Somerset taking advantage of new material that has come to light since original publication. 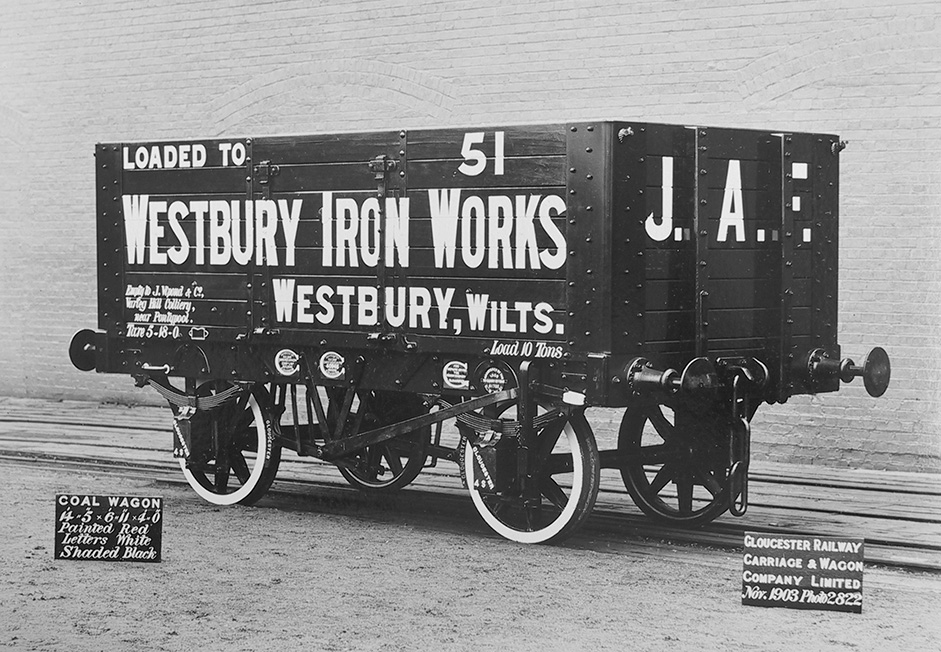 Official Gloucester works photograph of wagon 51, part of the batch 51-60 obtained in November 1903 on seven years deferred terms â and repossessed and sold to John Wainwright five years later. The âJ. A. F.â prominently painted on the wagon end refers to J. A. Fisher in whose name the wagons were purchased. Could this have been the Works Manager, recorded in the press as J. E. Fisher? 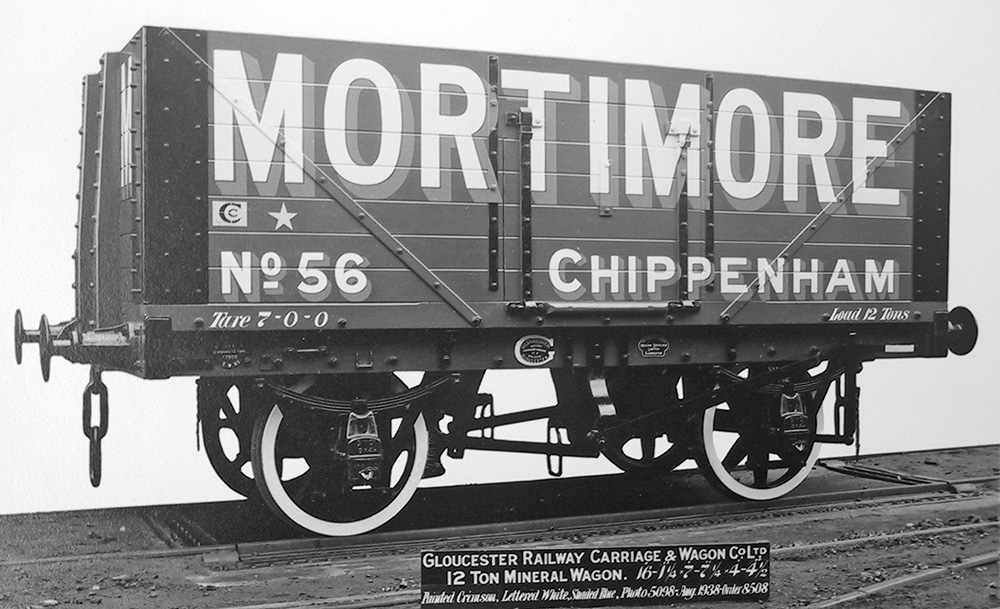 A standard 12-ton wagon built by the Gloucester RC&WCo. in October 1938, GWR registration 17900. It was painted âcrimson' with white lettering, shaded blue. Barring accidents this would have been one of the twenty-three wagons for which Mortimore was compensated by the BTC in 1948. Note the symbols for both the RCH commuted charge schemes. GRC&WCo.