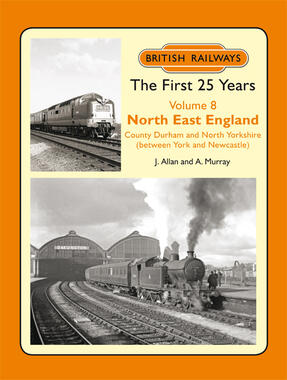 This is the eighth in a series of books, depicting the first 25 years of British Railways, which will eventually cover the whole of the UK. Here we cover the North Eastern Region in North Yorkshire and County Durham between York in the south and Newcastle in the north. We start on the East Coast main line north of York and travel up to Darlington, stopping to visit the Works and shed, before continuing to Durham but stopping short of Newcastle. After exploring some of the branch and secondary routes off the main line, we move into the industrial regions, from Sunderland to Hartlepool and Teesside, visiting the new depot at Thornaby as well as the older steam sheds which provided the locomotives which worked the extensive freight traffic. We then turn towards the seaside, starting with the line which forms the bottom edge of our route, between York and the east coast via Malton and what is now the North Yorkshire Moors Railway. Finally we travel down to the North Yorkshire coast from Teesside to Whitby and end at Scarborough. Until 1957 the scene had hardly changed from pre-war days. Freight traffic remained in the hands of the NER âJ27â 0-6-0s and âQ6â 0-8-0s while local passenger work was dominated by âG5â 0-4-4Ts and big 4-6-2Ts on the heavier services. BR Standard designs had a limited impact on some of the secondary work in the mid-1950s but the Gresley engines continued on the East Coast main line until the end of the decade. DMUs arrived in 1957, sweeping away the passenger tanks within a couple of years. Dieselisation of main line passenger services started in around 1960 with the English Electric Type â4â but 1961 was to see the introduction of the âDelticsâ, with the Gresley Pacifics displaced by 1964 as the âPeaksâ and Brush Type â4âs took over. Steam continued on some of the heavy freight work until 1967 although BR Sulzer Type 2s and English Electric Type â3âs began to take over from around 1962. 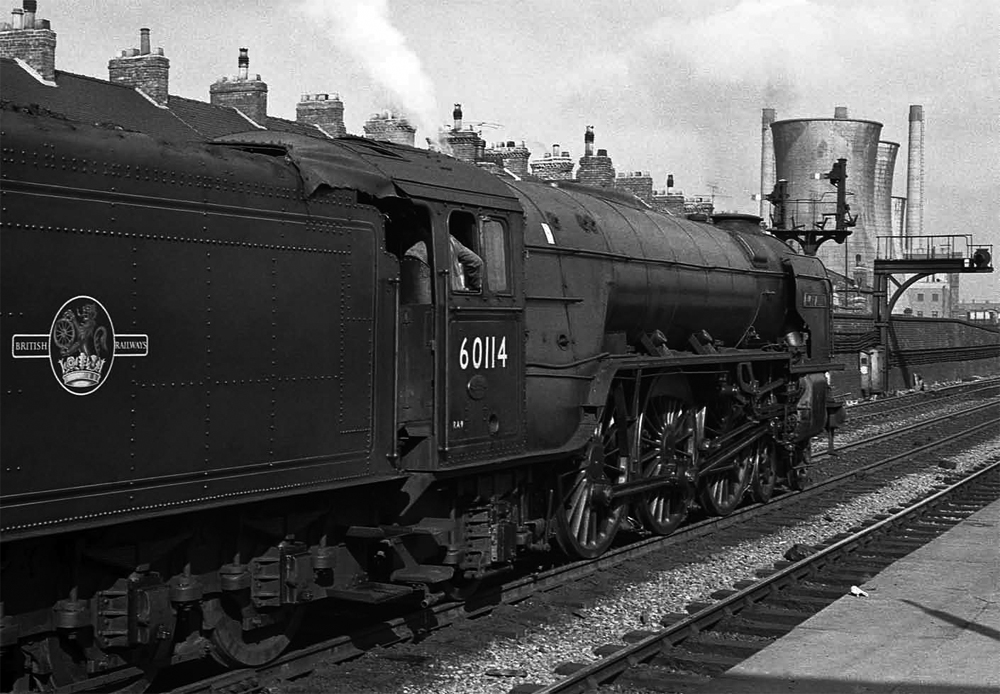 No. 60114 waits in the autumn sunshine before departure with a northbound express on 25th September 1960. It was the first Peppercorn âA1â Pacific and was completed at Doncaster in August 1948. The âA1â was an enlarged version of the âA2â, sharing the same boiler but with 6ft 9ins driving wheels compared with 6ft 2ins. No. 60114 was named W.P. Allen six months after it entered traffic and was withdrawn in December 1964 from Doncaster shed, where it had been allocated since late 1957. The snap-head rivets on the tender were used by Doncaster but the Darlington batch had the more expensive flush rivets. 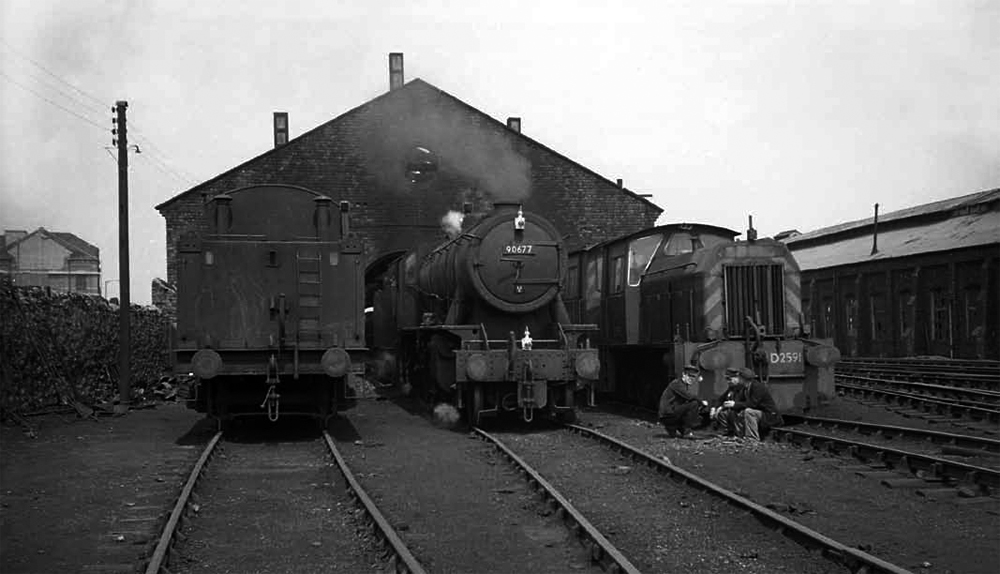 Three railwaymen have a chat in the sunshine in front of a line of withdrawn Hunslet 0-6-0 204 bhp diesel shunters in August 1967. No. D2591 on the right and the other three Hunslets on the shedâs books had been taken out of service in March. WD 2-8-0 No. 90677 had just been transferred from Hull Dairycoates together with three classmates, replacing other members of the class that had been withdrawn the previous month.