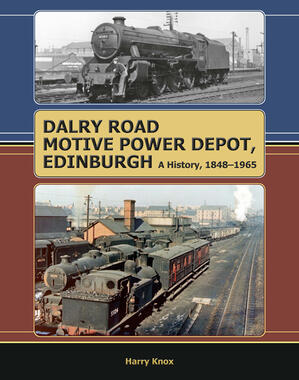 The Caledonian Railway was something of a latecomer to the Edinburgh railway scene, but proved it was not backwards in extending its hold on the city and environs. Thwarted by the NBR in its attempts to access the docks at Leith and Granton, it pursued its own agenda in serving the burgeoning industries in both West and Midlothian. A passenger railway from the outset, a small âengine houseâ was constructed in the Dalry Ward of the city, known as Dalry Road MPD, which eventually provided motive power for both the significant passenger train service, and the mineral and goods traffic being handled. It also provided power for an intensive suburban passenger service to the north and west of the city. The âCaleyâ was to prove a much-loved institution in Edinburgh. 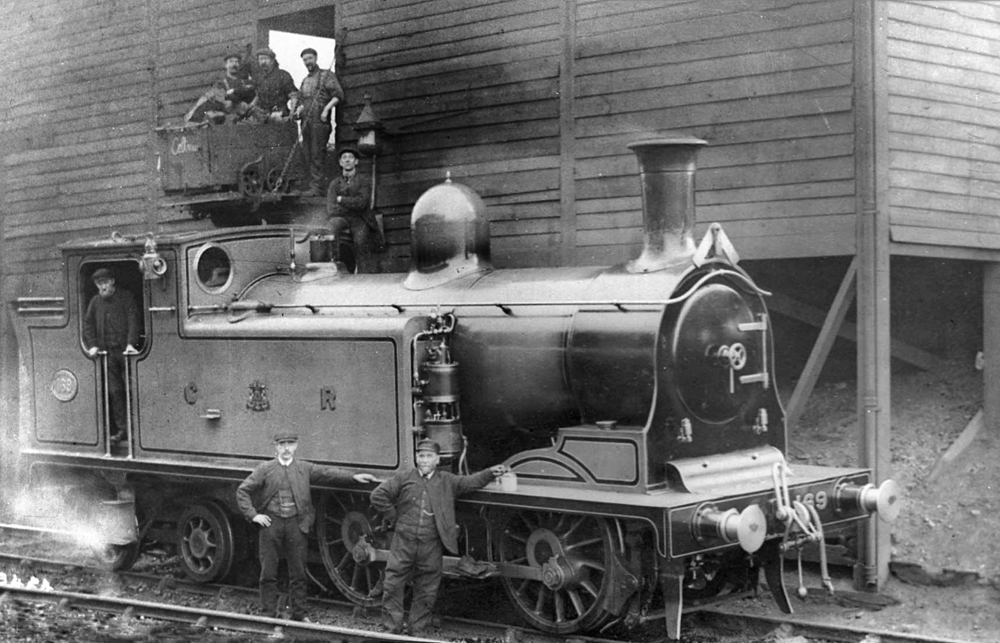 CR McIntosh Class â104â 0-4-4T No. 169, stands at the coaling stage at Dalry Road with coalmen getting in on the act in this undated photograph. This engine worked the Balerno Branch although the CR âbow tieâ route indicator appears to have slipped in this case. Hamish Stevenson collection 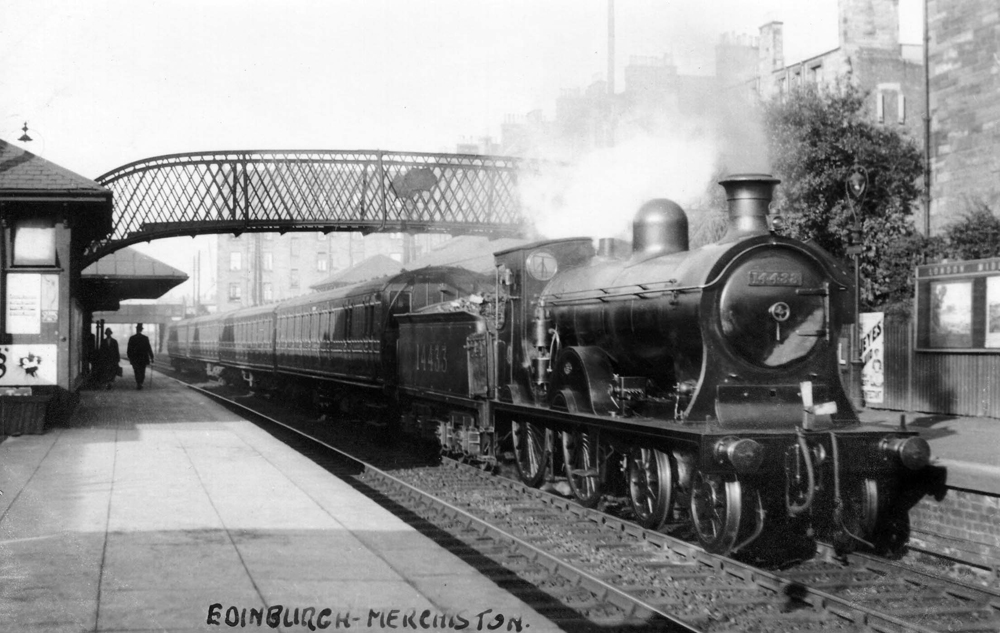 Ex-CR 4-4-0 No. 14433 (CR No. 772) of the â766â Class âDunalastair IIâ entering Merchiston station whilst working an Edinburgh Princes Street to Glasgow Central passenger train. This locomotive had been superheated in 1914. CRA Archives