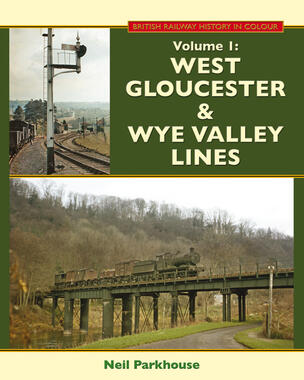 The verdant and picturesque county of Gloucestershire was once served by a maze of railway lines, most of which have long since been closed. Even on those lines still open, almost all of the intermediate stations have disappeared from the railway map. Fortunately, the varied combinations of scenery and differing railway architecture attracted the attention of a good number of photographers many of whom, from the late 1950s, began working with colour transparencies in an era when the majority of railway pictures were still being taken on black & white film. Never before has the medium of colour been used to try and illustrate in detail the railway system of a particular area. Within these pages, author Neil Parkhouse has assembled a breathtaking array of colour images, collected assiduously over a period of more than ten years, which are coupled with maps, tickets, WTT extracts and other ephemera to paint a picture of the railways of West Gloucestershire and the Wye Valley as they existed mostly over fifty years ago. In what will be the first of six volumes which will eventually cover the county completely (whilst also straying across the borders into neighbouring counties to complete journeys), the aim has been to show the infrastructure â stations, signal boxes, goods yard, engine sheds â which has been lost, as much as the trains and their motive power. Along the way, some of the other locations which were once railway served â such as docks, quarries and industrial works â are also illustrated. Local people will also find much to enjoy here, as the pictures show far more than just the railway, illustrating much of the surrounding area as it used to be. Whilst the period covered is largely early 1960s, the last years of the steam era on British Railways Western Region, the earliest pictures in this volume are some Dufaycolor slides of Tintern station taken in the 1930s. The cut-off date is the mid 1970s, when Gloucester Central station was rebuilt. The railway system of Great Britain, as it was in the steam age, now no longer exists and very little of what is shown in these pictures still remains. This, then, is a chance to sit back and remember the railways of a hugely picturesque part of the country, in the company of some talented photographers who made it their mission to record this vanishing scene, and to recall an altogether simpler way of life. This revised and enlarged second edition includes forty-eight pages of new pictures, plus corrects errors identified in the first edition. 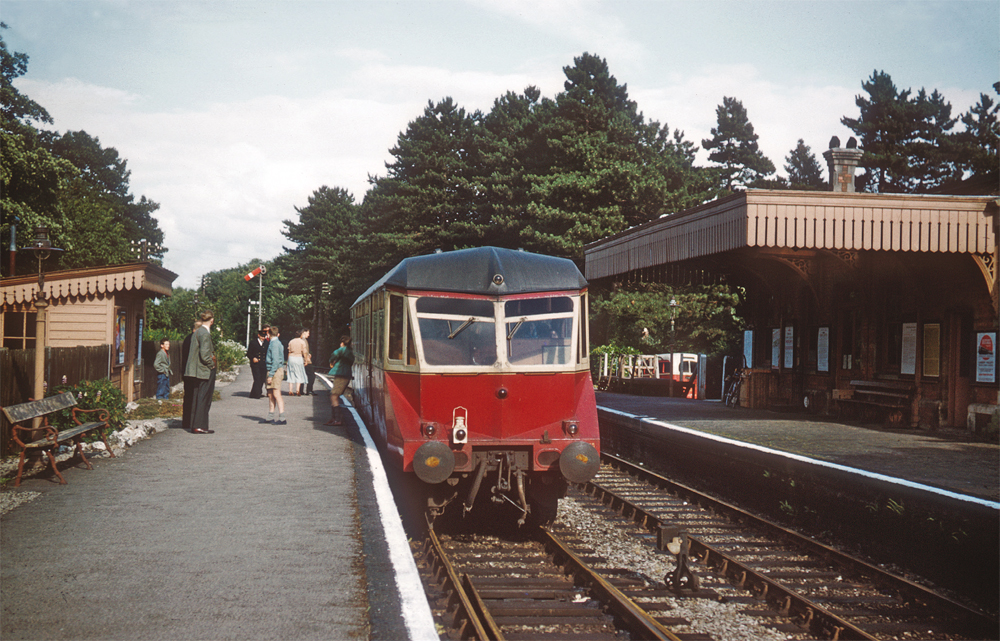 No. W19W again at the Up platform on 11th July 1959, the last day of passenger services on the branch. The picture drips atmosphere and it is difficult to believe that this was the end. On the platform, the guard enjoys a joke with a passenger, whilst another couple chat to the driver through his window. Beyond the station gate on the right, one of the Red & White buses, the replacement for the rail service, waits in the forecourt. Bill Potter/KRM 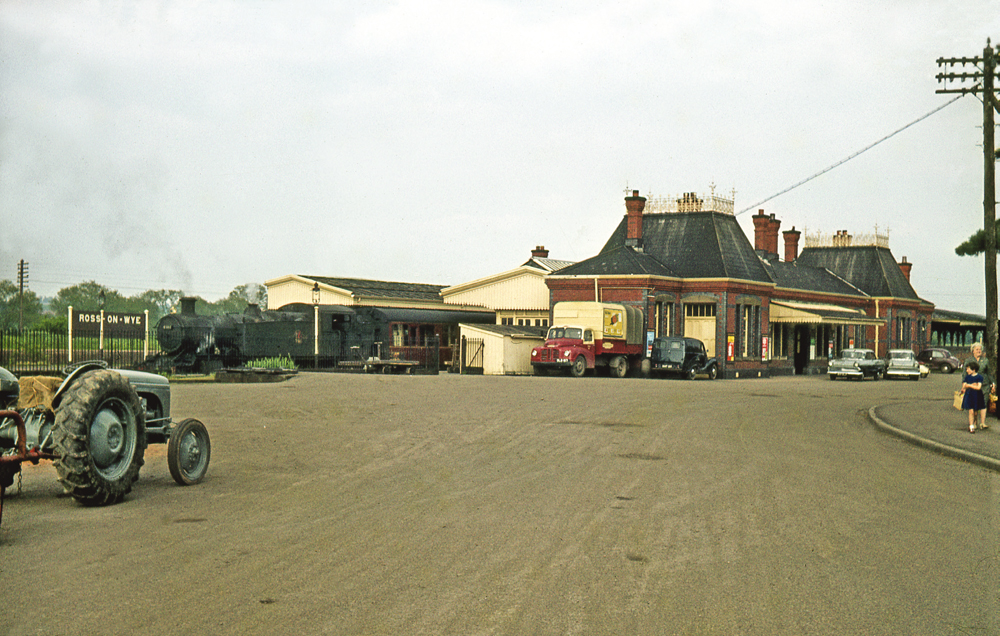 Whilst waiting for the arrival of the Up train and with No. 4161 waiting patiently at the Down platform, Mark wandered out of the station and a little way along the approach road to record this view of the exterior, just managing to fit in the little Ferguson tractor on the left. Mark B. Warburton