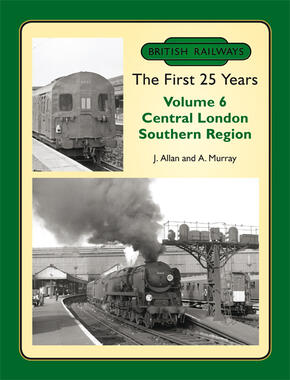 This is the sixth in a series of books, depicting the first 25 years of British Railways, which will eventually cover the whole of Great Britain. The photographs span the early British Railways era through to the pre-TOPS diesels, although the emphasis is on that interesting transitional period of the late 1950s and early 1960s.
This volume covers the Southern Region lines in the central London area, from the terminus stations approximately to the edge of the area bounded by the South London Line, around four miles out. We visit the three principal motive power depots serving the stations, Nine Elms, Stewarts Lane and Bricklayers Arms, before finishing with an extensive spotting session at Clapham Junction. This was the most complex and high density network of lines in the country and this is reflected in the photographs selected.
Four pre-grouping railways were responsible for the construction of this network: The London Chatham & Dover Railway (LC&DR), the South Eastern Railway (SER) merged their operations in 1899 to form the South Eastern and Chatham Railway (SE&CR), the London and South Western Railway (L&SWR) and the London Brighton and South Coast Railway (LB&SCR). All four companies were absorbed into the Southern Railway in the 1923 grouping.
Change was slow after nationalisation until the 1955 Modernisation Plan began a process of extending electrification, firstly on the Kent coast lines and then in the late-1960s to the Bournemouth line from Waterloo which saw the final elimination of steam. The Southern Region had two very distinctive modern traction designs, the BRC&W diesel-electric Type â3â and the electro-diesels. There was a slow evolution of the standard EMU and it was only in 1972 that the first prototypes with sliding doors appeared.
Unlike earlier volumes, in recognition of the special nature of the area and to assist understanding, we have included detailed 1950s maps of the location of the principal stations and depots, showing how they fit into the Capitalâs streets and the way they inter-connect. Platform layouts are also provided for each of the termini. 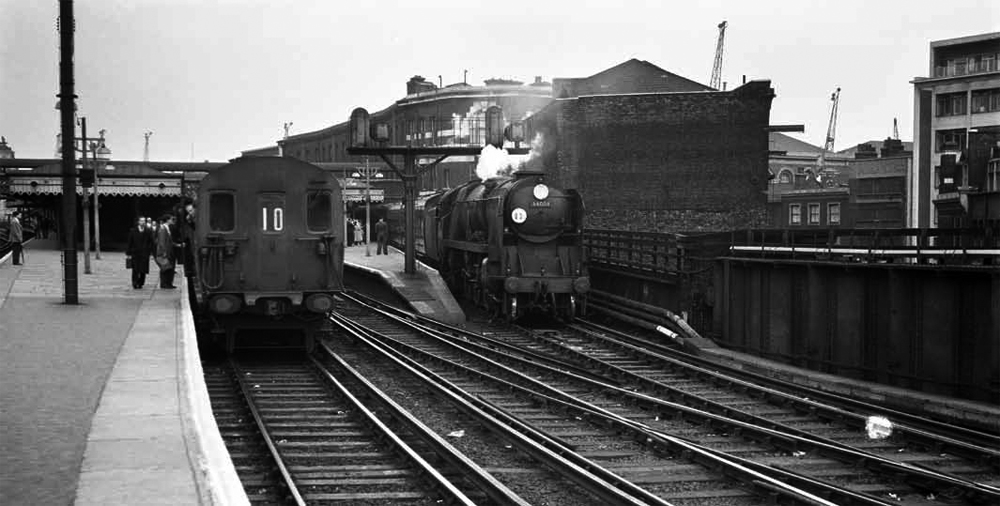 Rebuilt âWest Countryâ No. 34004 Yeovil passes through Platform 1 with the 12.45pm Saturdays Only Cannon Street to Ramsgate on 30th May 1959. The headcode shows it will be routed over the Dartford Loop line (via Sidcup) to Dartford (then Gravesend - Strood - Chatham), due to re-signalling in the Chislehurst area in connection with the North Kent 1959 main line electrification scheme. The â4-EPBâ in Platform 3 is on a Charing Cross-Bromley North service. 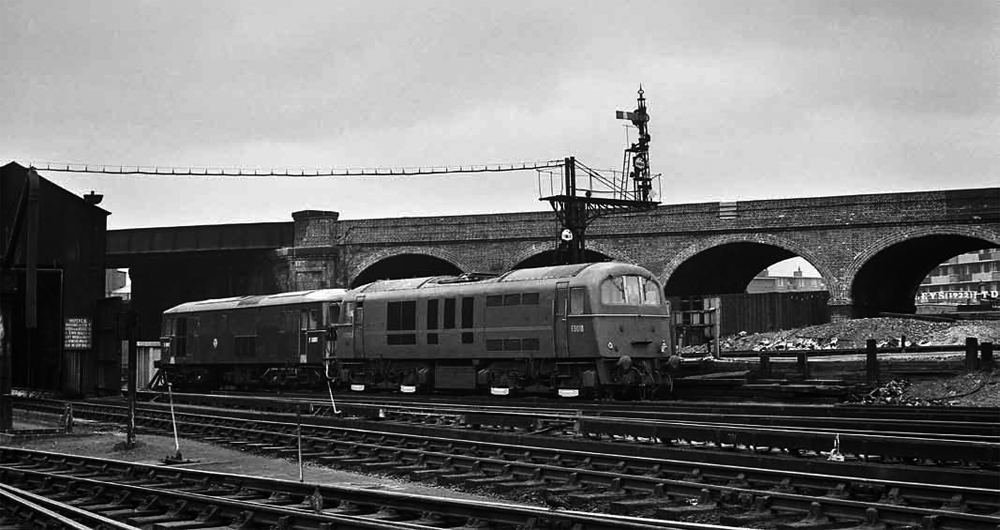 No. E5018 was completed in June 1960 at Eastleigh having been sent incomplete from Doncaster because of a shortage of materials. It was renumbered to No. E5003 in December 1968 after the original locomotive carrying that number was converted to an electro-diesel. It became No. 71003 under TOPS and after storage for over a year was withdrawn in November 1977. Next to it, No. E6001, the first electro-diesel, had been delivered from Eastleigh in February 1962. It was used by Merseyrail as a rescue locomotive/shunter from November 1995, renumbered as No. 73901, and was bought for preservation in 2002 and is currently at the Dean Forest Railway.