The Liveries of the Pre-Grouping Railways Volume One 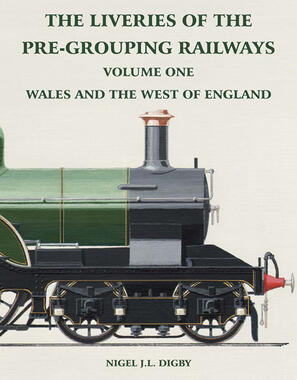 sold out
The standard gauge steam railways in existence before the Grouping of 1923 have never been more popular, particularly for modellers. The colours that their locomotives and rolling stock were painted is therefore of increasing importance. To illustrate a series of magazine articles on this very subject, published between 1994 and 2006, the author produced dozens of paintings. These volumes bring together for the first time the original paintings with new text, new scrap views, photographs and colour patches in an endeavour to present as accurate a view as possible of this fascinating period in railway history.
This volume of the railways in the West of the United Kingdom, most of which became part of the Great Western Railway, also features a comprehensive survey of painting methods and materials which encourages enthusiasts to look more critically at much of the received wisdom concerning railway liveries.
Contents : Barry Railway; Brecon & Merthyr Railway; Cambrian Railways; Great Western Railway (1882-1904); Great Western Railway (1905-1922); Mersey Railway; Midland & South Western Junction Railway; Rhondda & Swansea Bay Railway; Rhymney Railway; Taff Vale Railway; Wirral Railway; Wrexham, Mold & Connahâs Quay Railway

The Liveries of the Pre-Grouping Railways Volume One - Sample Images