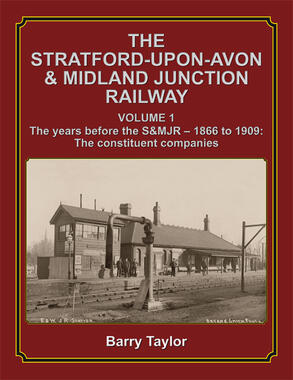 The Stratford-upon-Avon & Midland Junction Railway Volume One
The years before the S&MJR â 1866-1909: The Constituent Companies

The Stratford-upon-Avon & Midland Junction Railway may only have existed as an independent company for a brief period of fourteen years from 1909 to 1923 but its name has lived on across a swathe of south Midlands countryside, where it is still remembered as the âSMJâ. The line had its origins in the âsecond railway maniaâ of the 1860s when, with Northamptonshire iron ore in great demand by the ironmasters of South Wales, two new railways were proposed to provide a shorter route and reduce transportation costs. The Northampton & Banbury Junction Railway opened from Blisworth to Towcester in 1866 but immediately ran into financial difficulties. It took another six years for their trains to reach Banbury and grand plans for extensions were soon abandoned. The East & West Junction Railway also had designs on connecting Northamptonshire with South Wales but was similarly affected by a lack of finance and, by 1871, had only managed to construct a short length of line between Fenny Compton and Kineton. A through route from Greenâs Norton Junction, on the N&BJR line near Towcester, to Stratford-upon-Avon was finally opened in 1873 but the anticipated tonnages of iron ore never materialised. Things quickly went from bad to worse, with receivership and an eight year suspension of passenger traffic soon following. Nevertheless, although starved of its anticipated traffic, the E&WJR still foresaw a future as a through route with extensions at either end to connect with the influential Midland Railway. Somehow, funds were raised to open the Evesham, Redditch & Stratford Junction Railway in 1879 and the Stratford upon Avon, Towcester & Midland Junction line to the east in 1891. The East & West and its two siblings then operated as a rather fractious Joint Committee for the next two decades, until a formal amalgamation into the Stratford-upon-Avon & Midland Junction Railway came on 1st January 1909. The Northampton & Banbury also joined the fold in 1910. This first volume tells the story of the impecunious and troubled years through to the formation of the S&MJR, and also examines the locomotive fleets, the rolling stock and liveries of the constituent companies. 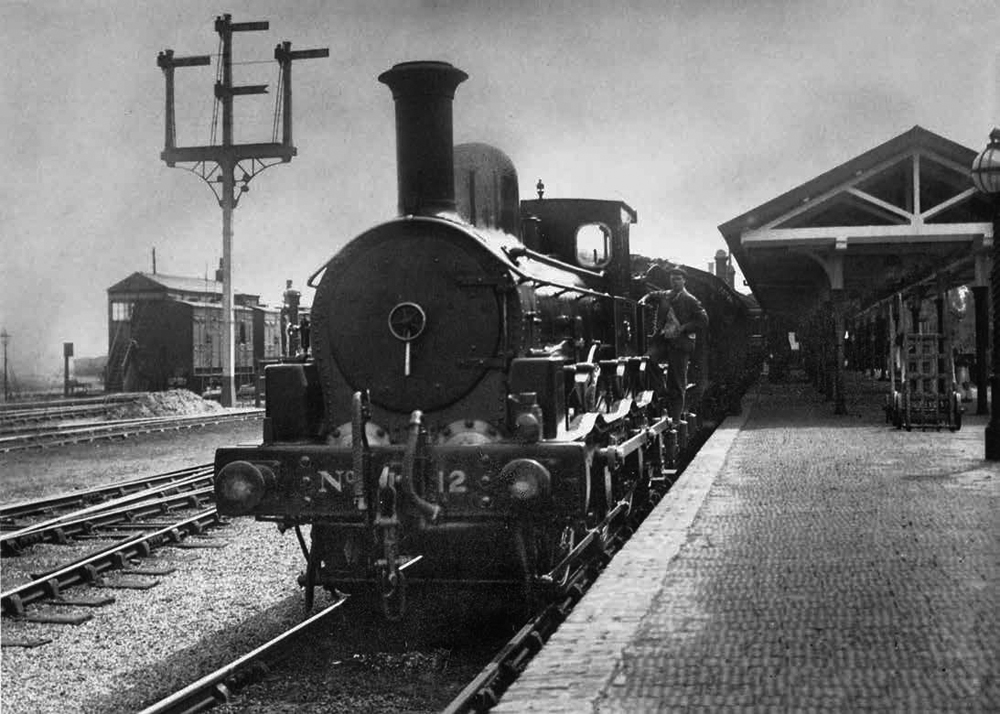 No photographs exist of an N&BJR train at Blisworth but this is a very valuable early view of an East & West Junction Railway train, headed by that railwayâs Beyer, Peacock 0-6-0 No. 12. This train will use running powers over the N&BJR to Towcester, prior to gaining its own metals at Greenâs Norton Junction. Also visible is a rather distinctive gas lamp and the canopy that sheltered passengers on what was otherwise a rather exposed platform. The L&NWR station is to the left of the picture, with the signal box in its original location on the Up side of the main line; it was later replaced by a new box in a similar position but on the opposite side of the line. Authorâs collection 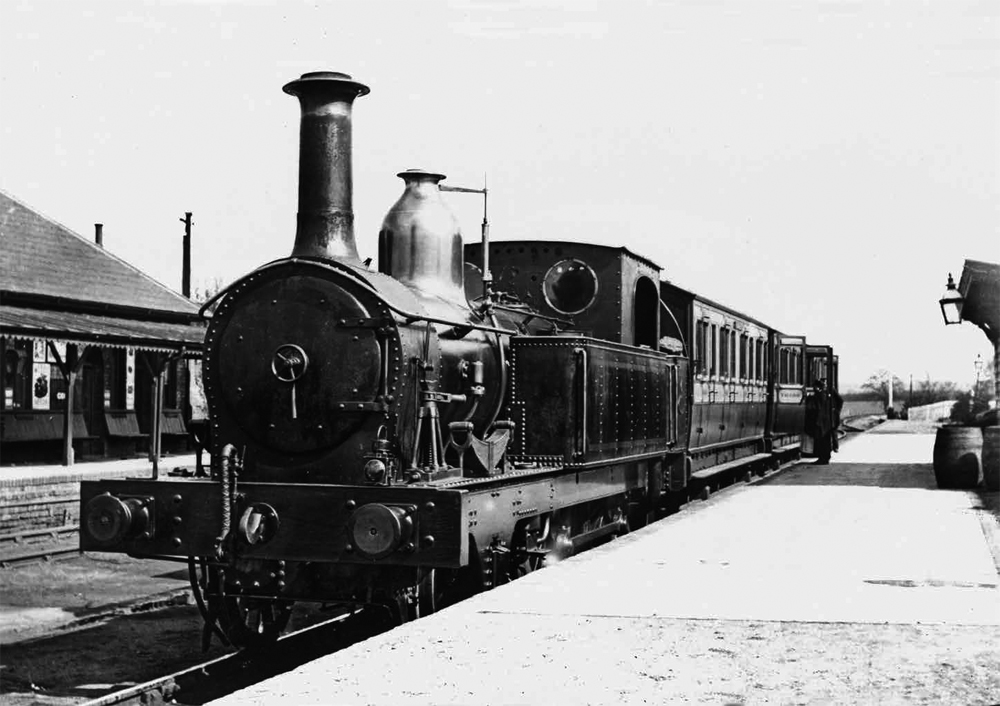 Victorian splendour at Stratford-upon-Avon â a typical East & West Junction Railway train of the period stands in the Down platform after arrival from Blisworth in 1897. The casual observer would do well to determine the identity of the railway company, with no indication on the locomotive, one of the two Beyer, Peacock 2-4-0 tanks, to indicate E&WJR ownership. However, it would appear that the lower panels of the first 4-wheeled coach bear the circular belted insignia that was in vogue at one time. Authorâs collection