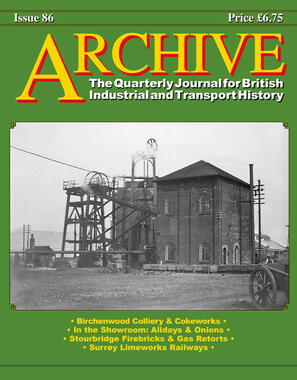 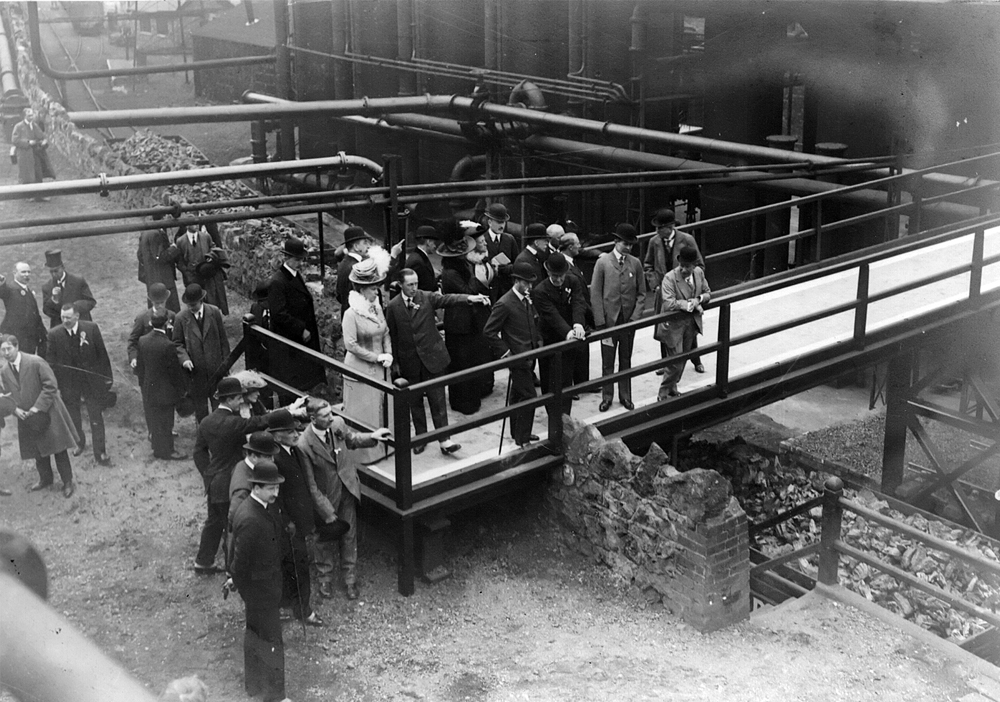 From: Birchenwood Colliery & Cokeworks Royal Party viewing Carves coke ovens discharging on the 23rd April 1913. The Company Chairman, Colonel Arthur H. Heath is explaining to the King, and William Heath to the Queen. In the background can be seen the condensers and scrubbers associated with the Carl Still ovens. David Kitching collection 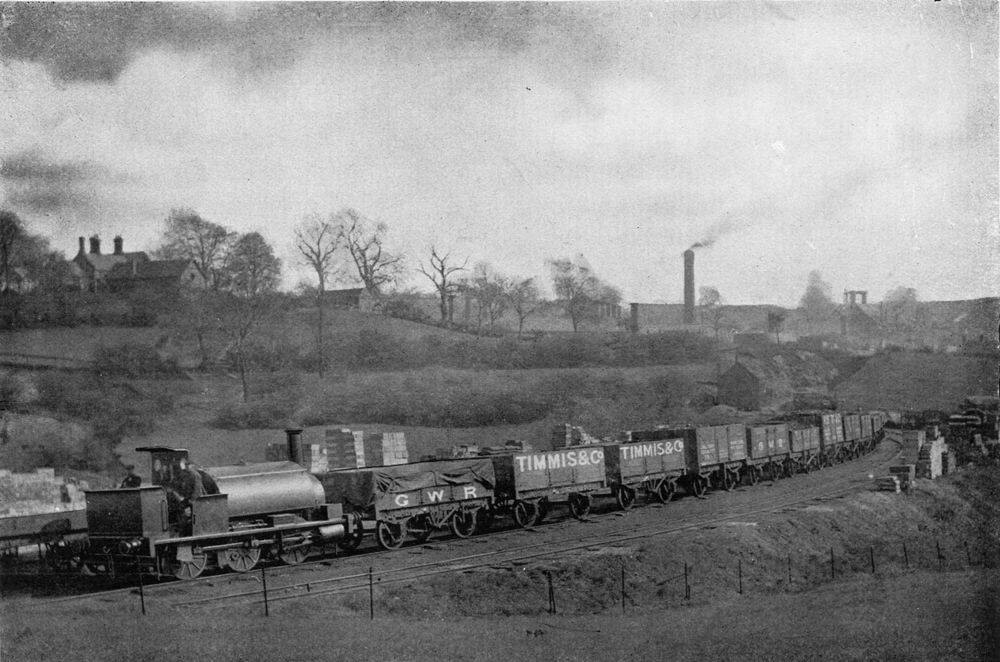 From: Stourbridge Firebricks & Gas Retorts The works at Witley were connected to the Great Western Railway at Cradley by means of a private railway about one mile in length. Timmis & Co. worked the line using their own locomotives of which one is seen here. It is possible that the locomotive is an Avonside, Works Number 1370 of 1896 which was supplied new to the colliery company. The building above the fourth wagon could well have been the single road engine shed which housed the locomotive. Unfortunately the image has suffered at the hands of the negative retoucher who has added the lettering on to the wagons, certainly on the two lettered Timmis & Co. and those lettered GWR.