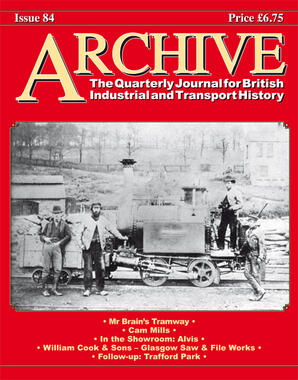 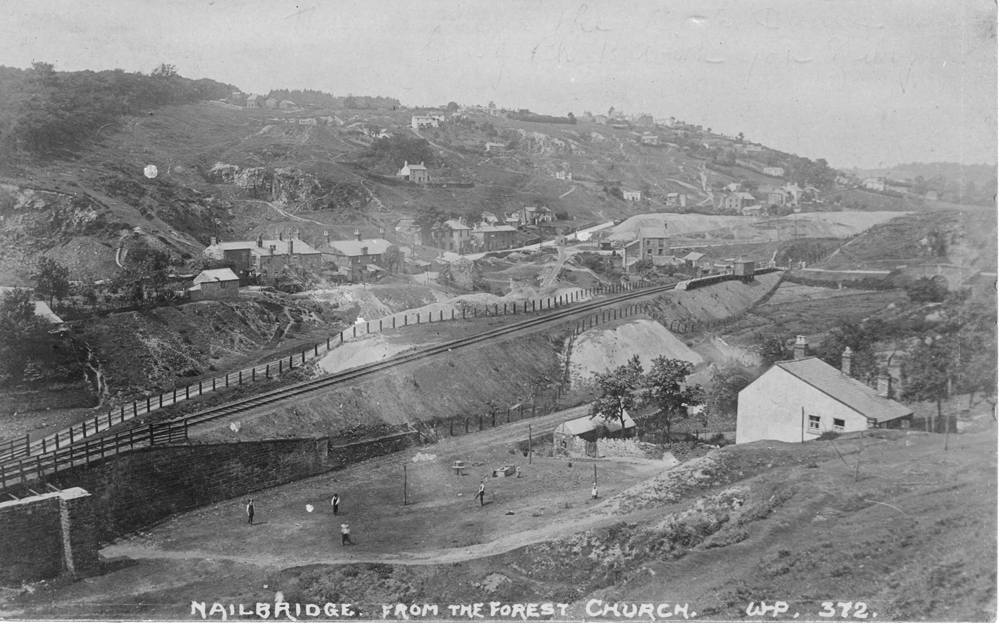 From: Mr Brain's Tramway In this post-1908 view Brainâs Tramway to Drybrook has been removed, only the bridge under the railway and the sleeper marks in the ground denote its being. At the end of the bridge wing-wall and before the garden wall it is just possible to make out a double set of sleeper impressions where once a passing loop existed. On the far side of the railway Brainâs Tramway can clearly be seen going to Speedwell Siding. A game of cricket looks to be in progress in the foreground. 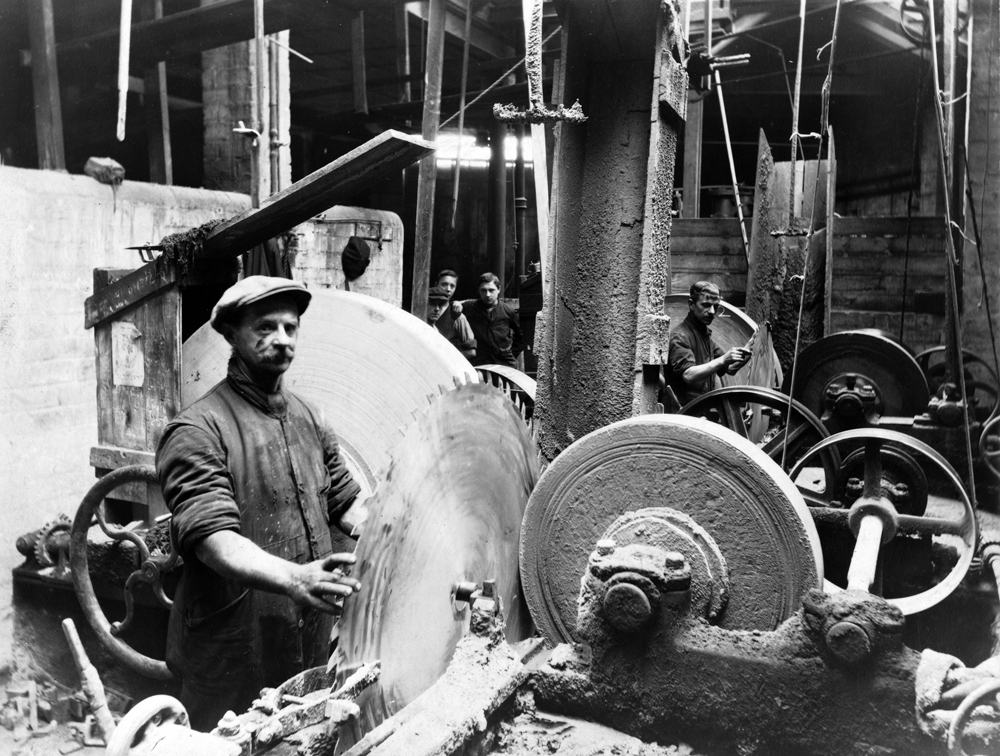 From: William Cook & Sons â Glasgow Saw & File Works The saw grinding shop c.1910. The large grindstone behind the operator was power-driven, while the smaller stone was free on its axle. The operator slid the saw blade between the two stones and switched the power on â in this case, the grinding wheels were driven by overhead belts. The large stone revolved quickly and sharpened one side of the metal, while the resistance at the back of the saw was sufficient to turn the small stone and hence grind the other side. The grindstones reduced the saw to the required thickness or gauge, after which it received a final polish with emery powder. Compare this shot with one taken a century later in the same spot below.