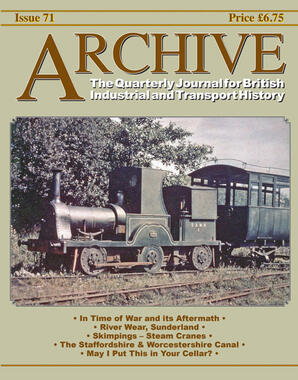 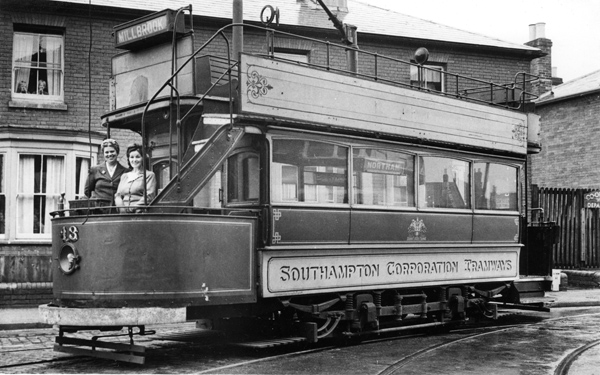 From: 'Southampton Corporation Tramways' : In 1902 the Corporation purchased a batch of 12 trams (Noâs 38 to 49) from Hurst, Nelson & Co., Motherwell, arriving with three-bay bodies that soon needed modifying to four bays at the Portswood workshops. Half of the batch later gained extended canopies over the platforms, but only car Noâs 43 and 48 survived until after the war without that major change in appearance. Here we see the former of the two outside Shirley Depot shortly before her withdrawal in 1948, looking much the same as she had four decades earlier. Spot the curious Carlisle Road curtain-twitchers in mumâs bedroom window! Fred Ward 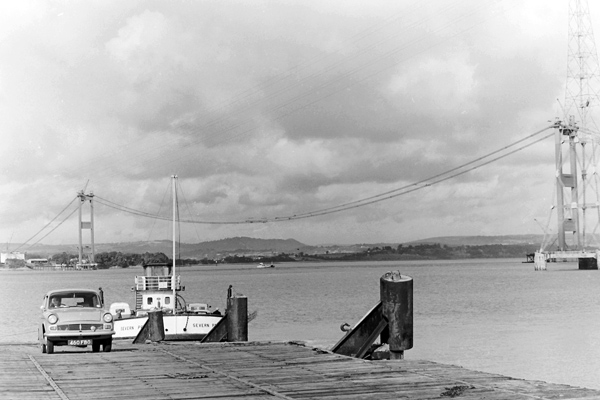 From: 'The Old and the New' : A Hillman Minx is early off the Severn Princess which has crossed to Aust with a reasonable loading whilst Severn Queen heads for Beachley. The timber pier at Aust was hardly better than the stone pier at Beachley for traction when covered with the mud of the river on a falling tide. Numerous are the vehicles that got into difficulties getting on and off the ferry boats. The most modern of the ferry boats, the Severn Princess saw life after the opening of the Severn Bridge and moved to Ireland, initially on salvage work but then as a supply vessel to the Aran Islands. Eventually she was brought back to Chepstow for restoration but this seems to have floundered and she now sits as a hulk on the river bank. The Severn King also survived for a short period being used in the demolition of the Severn Railway bridge further upstream but was holed in July 1969 and shortly after was broken up. On the bridge the main cables are yet to be spun.