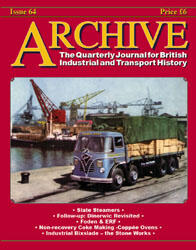 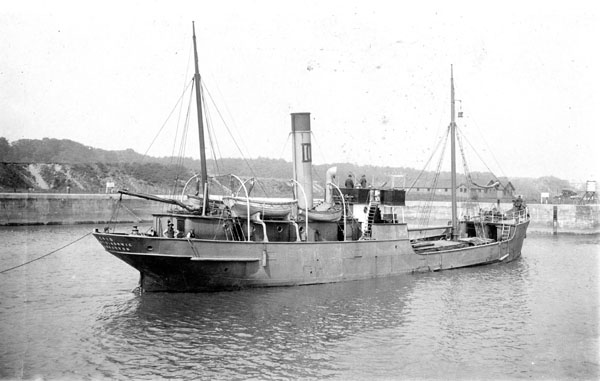 From 'The Slate Steamers': A laden Enid ghosts towards Preston Dock, probably prior to the First World War. Port Dinorwic was not a Customs port, and the ships were registered at Caernarfon, but the ownersâ pride demanded that the stern bore the legend âENID - PORT DINORWIC - CARNARVONâ. Roy Fenton Collection

From 'Foden and ERF': Fodens very nearly went out of business in the early 1930s owing to two somewhat related circumstances. Firstly, steam traction was losing favour with commercial vehicle operators who, seeking less expensive and labour intensive means of working, were going over to the internal combustion engine. Secondly, a government-led investigation into the haulage industry, which became known as the Salter Report, found heavily against steam vehicles, generalising them as being dangerous to other road users and a fire risk. The damning report combined with already dwindling sales put extreme pressure on Fodens to look to new technology, the same that E R Foden had advocated but which the firm had dismissed. By the time Fodens had come to accept E Râs philosophy, the latter had retired from the company and established his own lorry making business which became known as ERF. In these desperate times for Fodens, William Foden, E Râs elder brother who had retired to Australia in the 1920s, returned to England in order to save the family firm from disaster. A new range of lorries was devised, and in so doing William implemented a components rationalisation policy to save money and to streamline production. The result was the DG, an example seen here in service with Hughes Brothers of Buxton. The DG was a success story; the vehicles earned a reputation for reliability, and whilst not fast were strong, easy to maintain and, probably essential, drivers enjoyed driving them. For the 1930s, the DG sported an elegant style of cab which employed a measure of streamlining. Note the starting handle: operating this would have required experience as well as muscle. Foden/Jolyon Broad collection