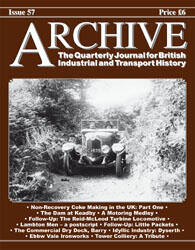 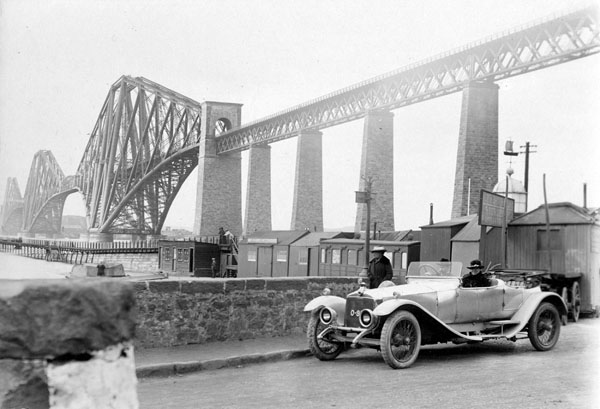 From 'A Motoring Medley': The much-travelled Lanchester 40hp makes for an imposing picture, especially when viewed in nearness to the splendour of the Forth Bridge. It can be assumed that the owners of this Lanchester enjoyed touring Scotland, for they have been photographed with an earlier model car at the source of the River Tweed. The vehicle is parked outside the premises of the Navy & Army Canteen Board whose buildings include a redundant railway carriage. A number of people have gathered adjacent to the Canteen Boardâs premises, their attention directed toward the Forth. Careful examination of the carâs chassis reveals Lanchesterâs quest for quality and ample springing allowing for great deflection. For the 40hp, Lanchester made its own springs rather than using âbought-outâ components; the highly polished leaves were constructed using thin, perforated brass inter-leaves that were fully lubricated, each assembly being encased in leather. There are, of course, no front wheel brakes. 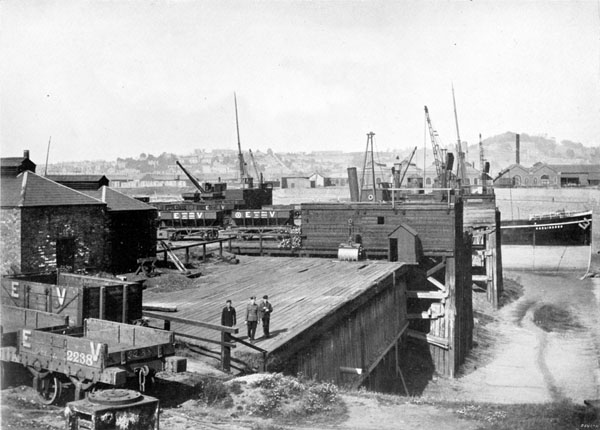 From 'Ebbw Vale Ironworks': It might seem strange to start an article on an ironworks with an image of a riverside wharf but the wharfage at Newport appears to have come under the control of the Pig Iron and Steel department. The Ebbw Vale Co. operated four wharves; Ebbw Vale, Victoria, Marinersâ and Pontypool, along the River Usk and shown on a map extract on the following pages. It was at these wharves that all of the iron ore and pitwood needed by the company were brought in and all of the shipments of pig iron and steel made at the works went out. In 1907 some 350,000 tons or iron ore were brought in annually, mainly from Spain. The vessels involved in the trade ranged between 1,200 and 4,000 tons and moored up at the wharf here is the ss Haslingden, built in West Hartlepool in 1895 of 1,934 tons. She was lost to a German U-boat off Seaham, Co. Durham in May 1918. The inlet to the right is Jackâs Pill.