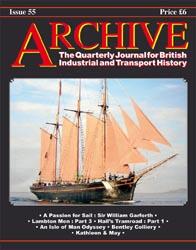 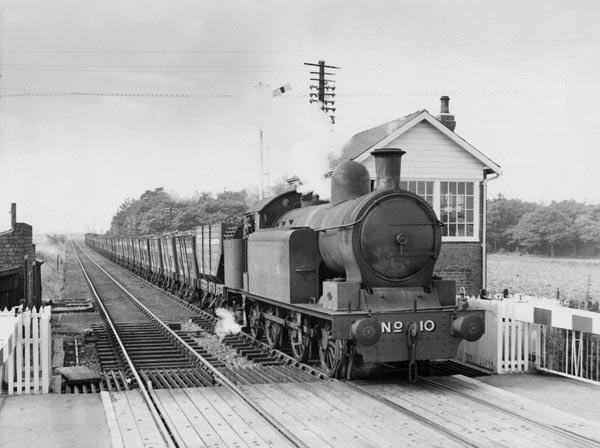 From 'Lambton Men': No. 10, Robert Stephenson 3378/1909, approaches Cox Green Station on British Railways' Penshaw Branch with a train of fulls from Penshaw North to Sunderland on 27th August 1965. The driver's identity is uncertain. I. S. Carr 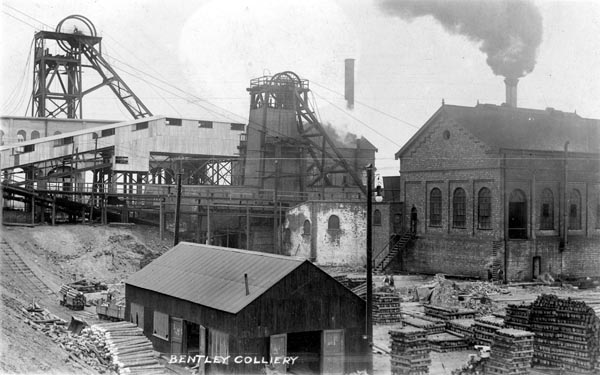 From 'Bentley Colliery': The tub route between the headframes and the screens/tipping ground has developed by the time of this view plus the concrete covered way has also been erected. An amount of pit timber, stored in neat stacks, awaits use. The tubs used to transport this underground can be seen to the left of the corrugated iron building. John Ryan Collection