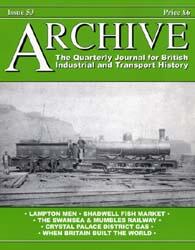 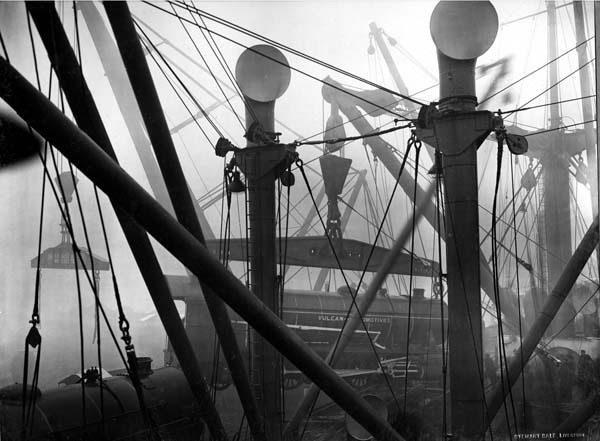 From 'Skimpings: When Britain Built the World': 'First Vulcan loco coming aboard'. A rather 'moody' view through the ship's rigging and mist of the first of the Vulcan 2-8-2s being lifted off the quayside and swung aboard. Notice another spreader bar ready for use upon which is written 'Beyer Peacock & Co. Ltd Manchester'. This may have been used to lift on the 0-8-0s, one of which can be seen left foreground already onboard. 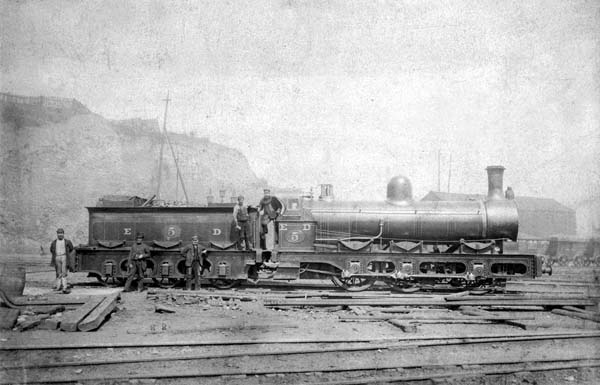 From 'Lambton Men': No. 5, a long boilered six-coupled tender engine built by Hudswell & Clarke of Leeds in 1864, works number 30, new for the Lambton Railway. William Slack is the bearded driver on the footplate. No other photographs of the Lambton engines showing the locomotive numbers on the tenders are known. Courtesy of Alan Slack