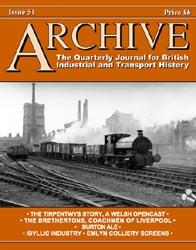 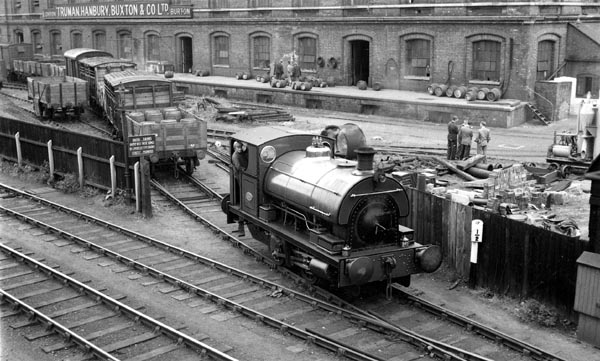 From 'Beer by Steam, Burton Ale': Truman, Hanbury, Buxton & Co. operated three Bristol-built Peckett 0-4-0 saddle tanks in their fleet, acquired in 1922, 1949 and 1953. This is one of the latter two, probably that of 1953 (Works No. 2136) but no fleet number was carried. Livery was Peckett green. The loco is seen here shunting at the brewery, which lay on the north west side of the main line, and may well have been photographed from a footbridge which crossed the line at this point.Â Roger Eckersley 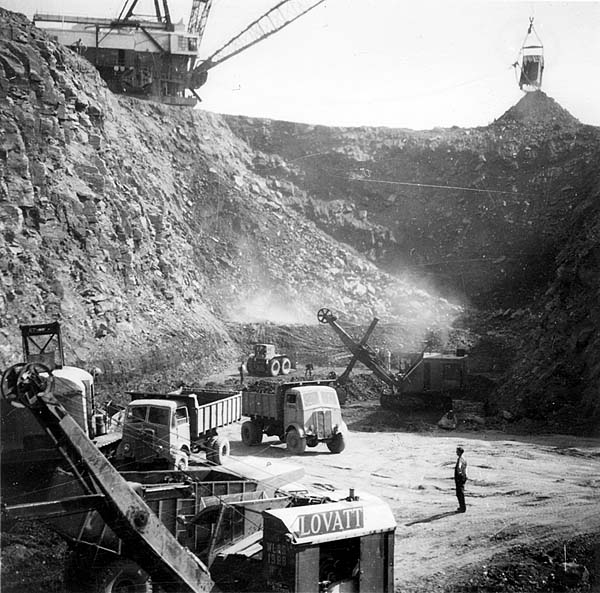 From 'The Tirpentwys Story: An Opencast Site from Tender to Completion': The 1150B is emptying its bucket onto a spoil heap where the spoil is retained until it is used to backfill the 'cut' after the coal has been extracted. Visible on the front nearside of the 1150B is one of the two giant feet that it 'walks' on (one on each side). To walk, both feet are moved forward and the machine lifts itself off its belly and moves in an arc over the feet to touch down a few yards further forward, this is then repeated, a laborious process. John Cox Collection