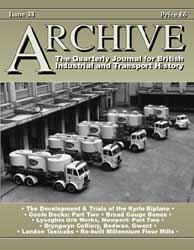 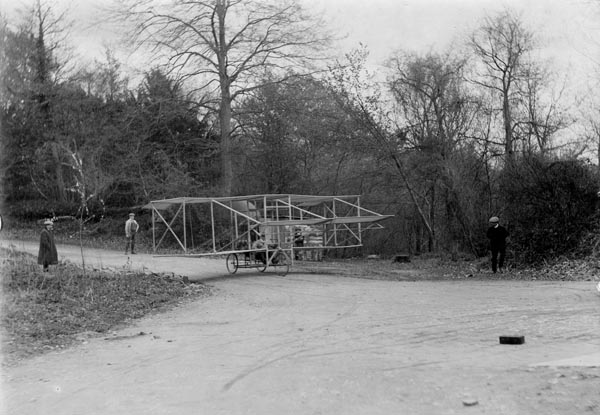 From 'The Development & Trials of the Kyrle Biplane': The improved No. 2 biplane undergoing trials in an area towards the western border of the Bishopswood Estate. Fitted with a twin-cylinder air-cooled engine of 4hp and a tricycle 'undercarriage' a few hedges were charged before the engine blew. 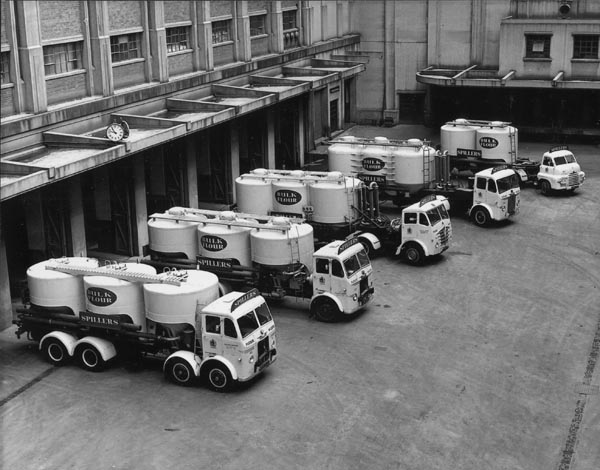 From 'Re-built Mellennium Flour Mills': Spillers was the first flour miller to deliver flour in bulk from mill to customer using pneumatic discharge in 1950. There were massive cost savings in labour resulting from bulk deliveries plus it was far more hygienic. The leyland Octopus in the foreground, fleet number 101, was an historic lorry, being the very first bulk flour wagon to enter service. The containers, on this lorry and the others, were designed and built by Tollemache & Co. of London, and the idea came from similar tankers built by them for the Standard Pulverised Fuel Company of Grimethorpe, South Yorkshire, whose vehicles delivered pulverised coal for use as boiler fuel. One drawback with the Tollemache system was its high unladen weight giving a tare weight of over 11 tons for the Octopus. In 1950 this permitted a legal payload of less than 11 tons, but it did prove the concept of pneumatic discharge. By 1954 Simon and Duramin had designed a different type of container that was a couple of tons lighter. Alongside the Leyland Octopus are a Leyland Hippo six-wheeler, a Foden FG artic, a Leyland Beaver artic, and a Bedford S Type artic. Courtesy ADM Milling, formerly Spillers Milling