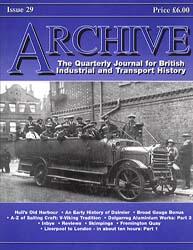 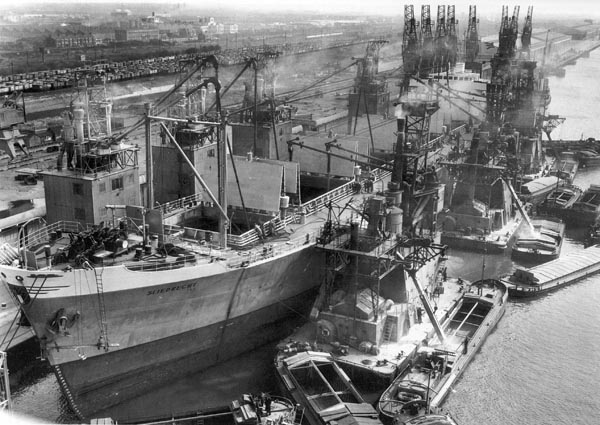 From 'Hull's Old Harbour': Floating suction elevators were first introduced into Hull's King George Dock in 1955 and Canadian grain is shown being unloaded there in 1963 from Sliedrecht by three floating elevators (into inland waterway craft) and three shore-based elevators (for transfer by under-quay conveyor belts to the dock's grain silo). APB 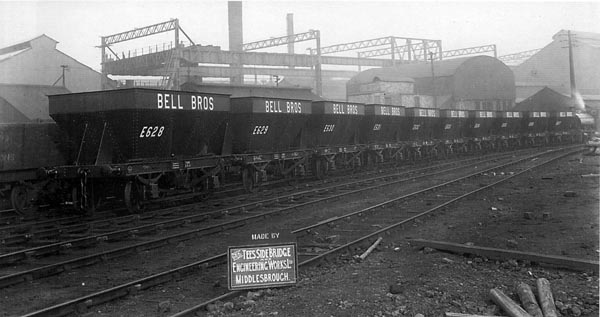 From 'Skimpings': This view shows a rake of iron ore hoppers built for Bell Bros, ironmasters. In the latter half of the 19th century, they operated three ironworks, at Wylam in Northumberland, and at Washington and Clarence in Durham. The first two ceased production in 1874 and 1882 respectively but the Clarence ironworks continued in operation until 1922. British Blast Furnace Statistics 1790-1980 lists no furnaces in operation in 1921 and 1922, prior to closure, so it seems odd that the company were having new wagons built. However, they may well have had other businesses; perhaps someone from the North East can enlighten us. In another photograph, the date 1922 can be made out on one of the builder's plates attached to the wagons.