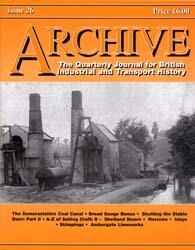 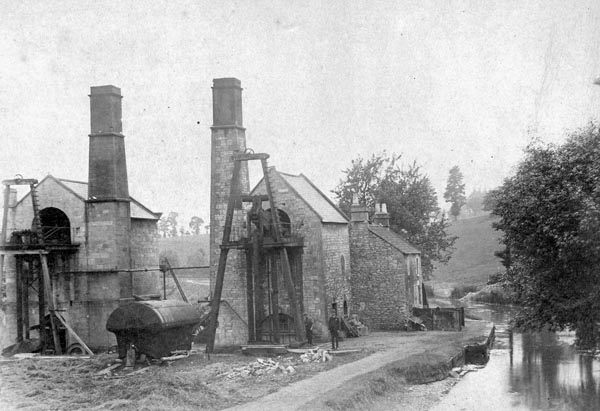 From 'The Somersetshire Coal Canal': Dunkerton pumping Engines c.1890. The canal was built to follow as closely as practicable the Cam Brook which was its main water supply. At Dunkerton the Canal Company has purchased the site of a former mill pond and shortly afterwards purchased a double-action pump (probably second-hand) to supply the canal with water from the pond. In about 1840 the Boulton & Watt pumping engine was moved from above the locks at Combe Hay and re-erected next to the existing engine at Dunkerton (the B&W engine is believed to be the one on the left). These engines fed the 6Â¼ mile long 'upper level' above the Combe Hay flight of locks. By 1896 only one of these engines was working (which one is unknown) and when it broke, no money was avaliable to repair it, and the canal for all intents and purposes was deemed to be closed. In 1907 the GWR sold the pumping house and engines to the nearby Dunkerton Collieries and the site was cleared to make way for a railway cutting. Len Bampfylde Collection 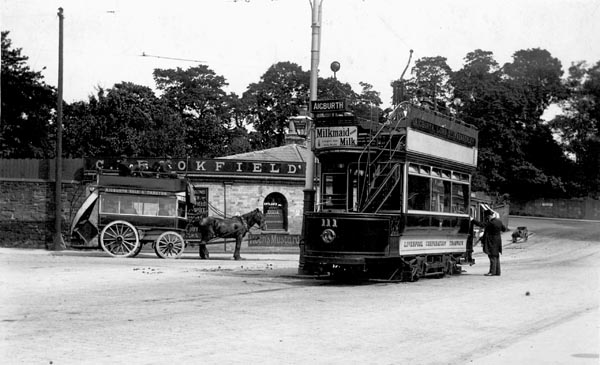 From 'Shutting the Stable Door': A Dick, Kerr car with uncanopied platforms, new in February 1900 connects with a bus which has been repainted in Corporation maroon and cream and branded for the Garston Route. T. B. Maund Collection