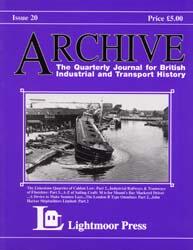 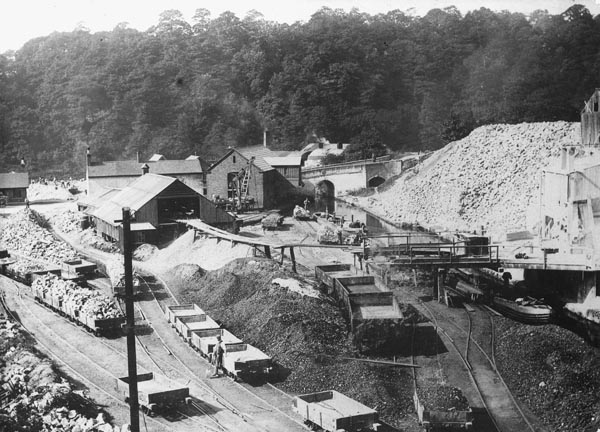 From 'The Limestone Quarries of Caldon Low': A c1905 view of Froghall Basin. On the far right can be seen the chrushing plant, probably installed c1878 for the Froghall Stonecrushing Company, who were crushing limestone for the quarries at the rate of 600 tons per week. The tarmacadem plant, reached by a trestle bridge from the crusher, has been expanded since an earlier photo found in the article. The buildings on the far left have been converted to a Goods office and an extra kiln had been added for Bottom's brickworks. Basil Jeuda Collection 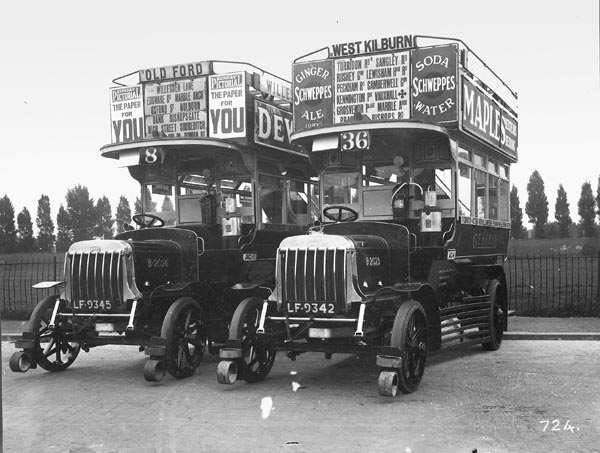 From 'The London B-Type Omnibus': A photograph of a B 2026. Slongside on the right is close sister B 2029 which, somewhat contrarily, has the lower registration number LF9342; such anomalies were quite commonplace, however, at the rate of which buses were coming off the production line in 1912. Both vehicles were fitted with these experimental lifesavers to the front wheels, which were unsuccessful. The LGOC tried a number of different contraptions for pushing bodies out of the way of a bus without causing undue harm, attempting to emulate that fitted to tramcars which worked very well. The same device proved impossible to fit to a bus but, after many designs had been tried, the General gave up at the point of success, due to attentions being deflected by other considerations at the height of the First World War. Designs such as that depicted here now look ludicrous but it should be remembered that these buses were restricted to a top speed of 12 m.p.h., a speed at which lifesaving devices are much more practical and effective. A further point not mentioned in the previous picture of B 2026 is the safety grills fitted to the radiators of both vehicles, something which again was not adopted as standard. Neil Parkhouse/Ian Pope Archive