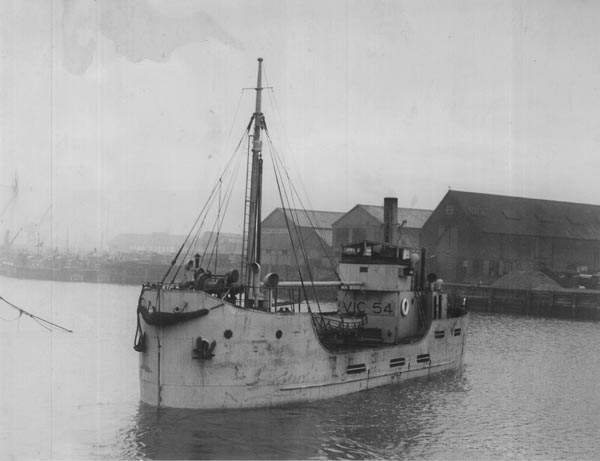 From 'Watsons of Gainsborough': Yard No. 1552 VIC 54 (80ft. 3Ins x 20ft x 9ft. 6Ins.), a steam coastal vessel built for the Ministry of Supply during the Second World War. This was one of the second and larger series of 'Victualling Inshore Craft' to be built and these vessels were to be seen at most ports around the country during wartime, carrying a large variety of cargoes ranging from ammunition to corned beef, out to warships and bases. Several of these 'puffers' continued in service after purchase by private owners, most notably around the Scottish islands. The stark lines of these vessels eliminated most of the platework necessary to produce more shapely craft. 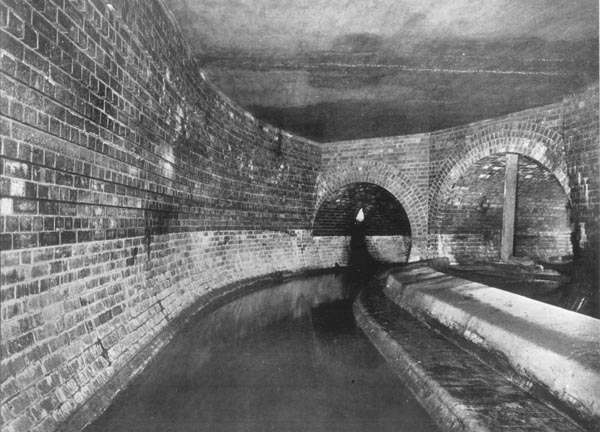 From 'Down Below, The Development of London's Sewage System': A photograph of the weir chamber, Counters Creek Sewer, showing the huge amount of brickwork involved. The book Main Drainage of London (1930) described these constructions thus: 'The life of a well designed and well built sewer of size sufficient for convenient access, built on a good foundation, is almost indefinate. It is not, of course, subject to the decay caused by changes of temperature and alternate wet and dry conditions as structures above ground. It is difficult to give the age of the oldest sewers in London, but there are, no doubt many that are, in parts, 300 or more years old. All the old sewers were built with London stock bricks in lime mortar. When well burnt stocks were used, these sewers lasted well, but the joints required repointing at intervals until Roman or Portland cement were used. In his works for the main drainage of London, Sir Joseph Bazalgette introduced Gault clay bricks laid in Portland cement mortar; these sewers and works remain today after 60-70 years use, practically in as good a condition as they were when they were built, some erosion of the invert being the only wear. The sewers constructed since about 1889 have been built of heavy red engineering bricks from Nottingham with inverts of Staffordshire blue bricks'.