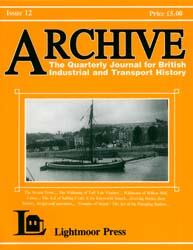 sold out
Contents: The Severn Trow by Colin Green, p. 2; The Widening of Taff Vale Viaduct at Quakers Yard by Edward A. Evans, p. 22; Wildmans of Willow Mill, Caton by Phil Hudson and James Price, p. 25; The A â Z of Sailing Craft: E is for Emsworth Smack, p. 46; Graving Docks: their History, Design and Operation by L. A. S. Cooper, p. 33; 'Temples of Steam': The Art of the Pumping Station by Kew Bridge Steam Museum, p. 49 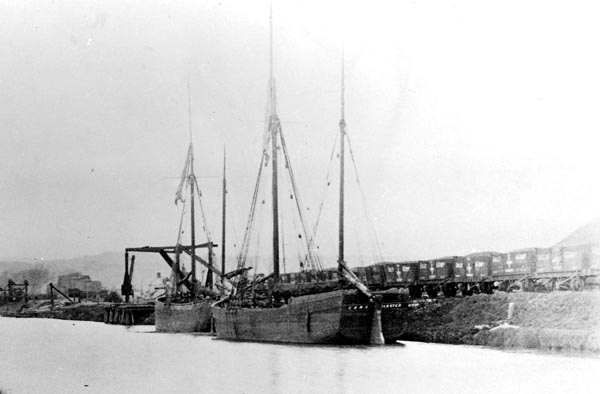 From 'The Seven Trow': A view of Bathurst Basin at the top end of Lydney harbour, circa 1895. The trow in the foreground is the Jane, built at Bridgnorth in 1810, of 66 tons and owned, at this time, by W. Davies of Saul, on the Gloucester-Sharpness Canal. The vessel forward of the Jane does not look like a trow; it is probably one of the many West Country ketches which operated in and out of Lydney in the coal trade. Both vessels are clearly unladen, since they are riding high in the water, and awaiting a berth at one of the coal tips which can be seen in the distance. Railway wagons were run onto the upper section and then tipped by the hoist mechanism which can be seen at the head of the structure. The contents ran down the chute into the waiting hold of the craft below. Several vessels can be seen under the tips; the foremost one is a trow but is sloop or smack rigged, as are the other two vessels to be seen in the distance. Lydney was in the forefront of the export trade from the Forest of Dean coalfield, having been developed from a tidal pill in 1810-13 into a tidal basin and further improved in 1821 with the construction of an outer harbour and lock gates, which produced a floating dock. Although this was a considerable improvement on the inconvenience of a tidal basin, the entrance to the harbour was always difficult, suffering from strong currents on the one hand and unpredictable silting on the other. Nonetheless, there was a considerable traffic through the harbour in the period of the photograph, with 265,000 tons of coal shipped out in 1897, much of it in trows to all parts of Bristol Channel and through the canals to middle England. This trade continued at a high level until after the Great War when many of the collieries began to decline. Motorised trows continued to ply in and out of the port until the 1950s and many were then dumped outside the harbour to protect the bank from erosion. Their last task completed, they gradually rotted away although some timbers can be seen to this day. The white building in the far distance, which survives today, housed the dock offices and dates from the earliest days of the harbour. As a matter of possible interest to Archive readers, page make up of the journal is done by Artytype in a modern unit just beyond this. Alan Corlett Collection 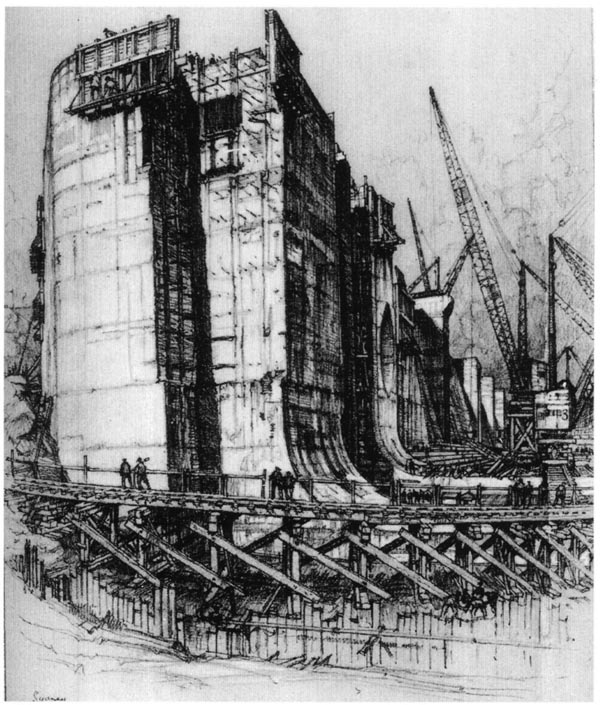 From 'Graving Docks: Their History, Design & Operation': This illustration is taken from a commemorative book, published in 1933 to mark the opening, by the joint contractors. It consists of a small amount of descriptive text and twelve beautifully detailed pencil drawings by the artist Sydney R. Jones, and was limited to two hundred presentation copies. This view shows the great west wall nearing completion in October 1932. Note the graceful shape of this massive construction and the culvert entrance just right of centre. Note also the temporary wooden trestle carrying the contractor's railway down to the dock floor and the steepness of the incline.