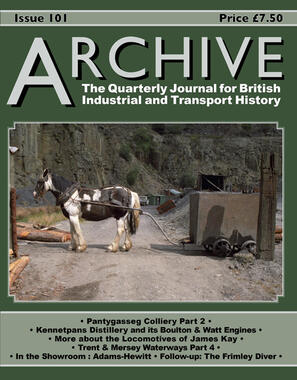 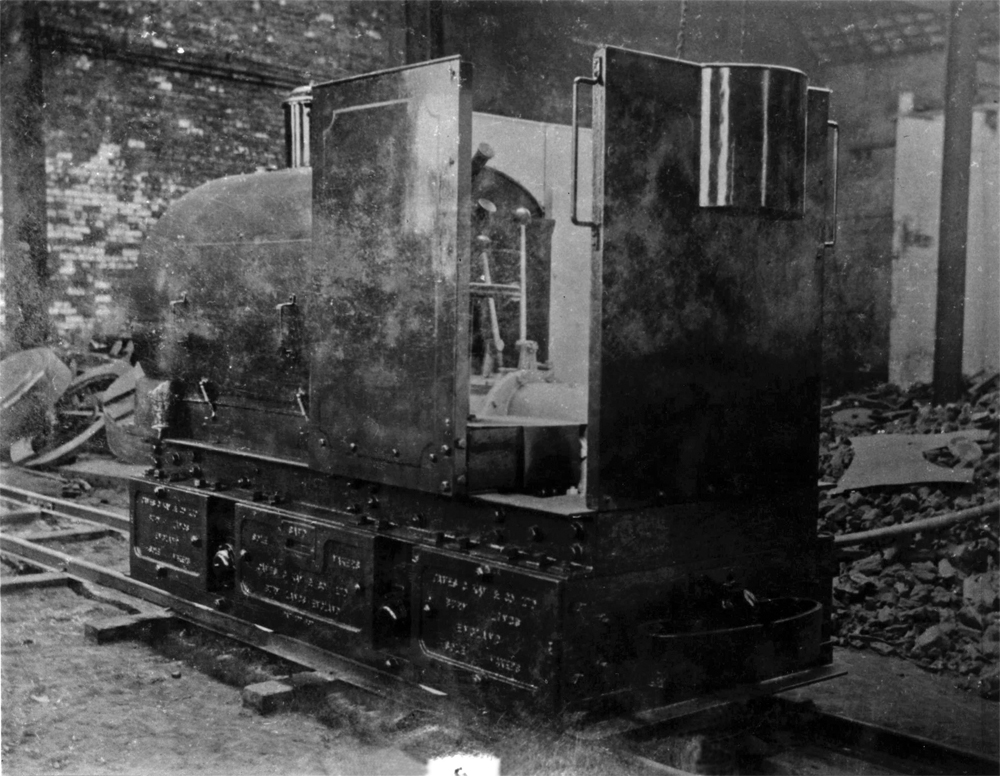 From: More on Kay Locomotives: This picture, the first of three, was supplied by Andrew who, fortunately, was in possession of copies of the originals which were taken by Frank Smith. These were with Bury Archives, who unfortunately are now are unable to locate them. In this first view we see the cab layout of the Kay narrow gauge locomotive for the first time. The driver sat transversely across the cab with his seat protruding from the left-hand side. Two levers are shown, one for controlling the two speeds selected and the other for the direction of travel. The purpose of the two capped pipes above the levers is uncertain, but a quote from the catalogue might help with this question, âA neat control panel is attached to the gear housing and is fitted with the tap for petrol or Paraffin, oil pressure gauge, magneto switch and spark control lever, all within easy reach of the driverâ. Whether the pipes were for the control (and/or filling up) of the fuel used or for sanding or some other purpose is unknown. Two foot pedals can be seen; the right one for acceleration and the left for the operation of the clutch mechanism. A sanding lever was also located near to the driver and the braking gear was on a column behind him, with its handle occupying the space created by the circular extension on the rear of the cab. The general chaos around the works can be noted, with possibly a pile of foundry coke on the right-hand side behind the locomotive and various engineering parts on the left in front of the machine. 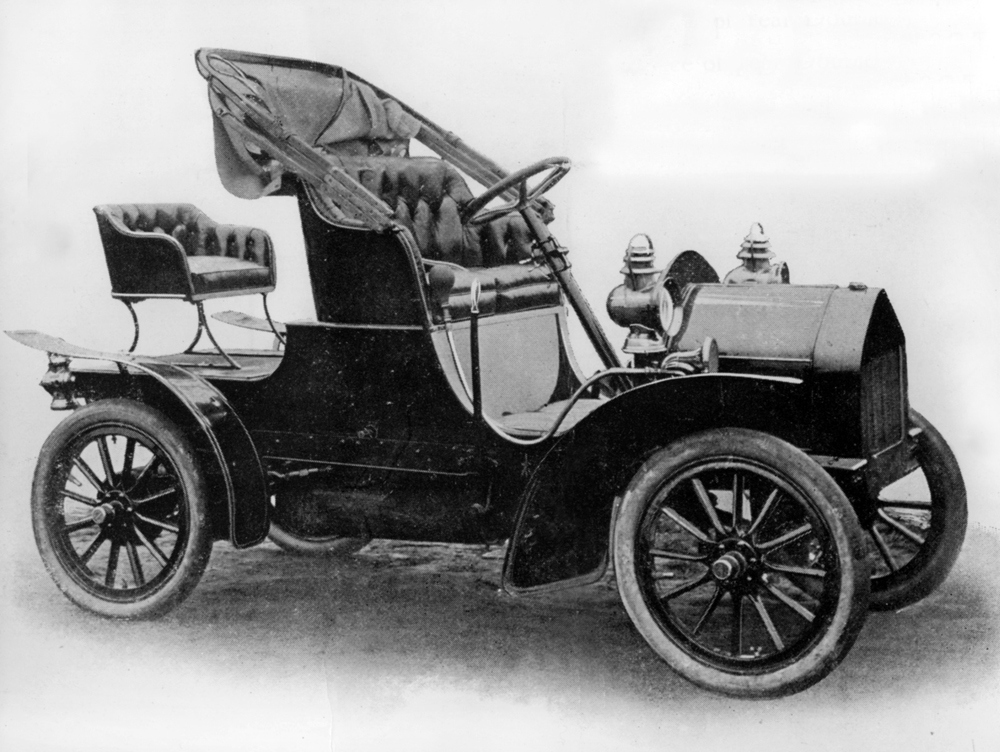 From: In the Showroom One of the earliest images of an Adams-Hewitt car, it clearly shows the position of the engine which is horizontally placed within the chassis, its location more to the rear axle than the front. The Adams-Hewitt was the product of the Adams Manufacturing Company whose founder, Arthur Henry Adams was American by birth and who, by a convoluted route, established his factory in Elstow Road in Bedford. The Hewitt aspect of the carâs name derives from fellow American Edward Ringwood Hewitt whose career took him from Princeton University in New Jersey to Berlin and then to England to work for inventor Hiram Maxim. Hewitt based his idea for a light car on the Oldsmobile, and when he met Adams the latter arranged its design and construction in Britain at his Bedford works. The simplicity of the car is exemplified by its single-cylinder engine and two-speed plus reverse gearbox, the transmission changes being effected by pedals rather than a hand-operated lever. National Motor Museum