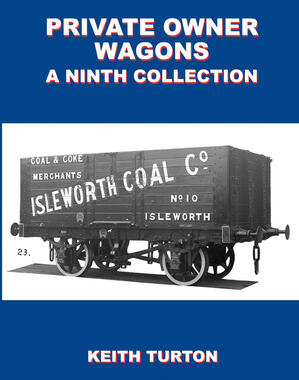 The ninth volume of this remarkable series of books, now regarded as one of the definitive sets on the subject of Private Owner Wagons contains the usual wide variety of owners and operators, both in terms of business type and geographical spread. Once again the range of owners goes from the smallest coal merchant to the largest, plus several Co-operative Societies and one or two 'rogues'! There are, as usual, wagons for collieries, gas works and chemical works. There are also one or two surprises which were found in the collection of images from the wagon building firm of Thomas Burnett in Doncaster. This collection, reproduced here for the first time, is heavily featured through the volume as it contains wagons for many owners never before seen and for several business types not before featured, including a marquee and tent supplier, and for areas with previously little coverage. Once again, the illustrations are supported by a well researched text on each owner/operator to give some idea of the extent of the business, the likely area in which wagons could be seen and the period over which the business operated. In the case of colliery companies an image of the colliery, or collieries, concerned is also reproduced where possible. The series has thus built not just to be 'books on wagons' but a useful social and industrial history of industries infrequently dealt with elsewhere. 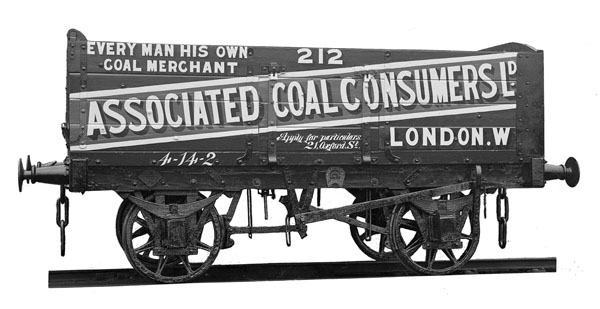 Wagon number 212 has a converted plate dated 1910 from the Great Northern Railway but the origins of the wagon are lost. Again it is of four-plank construction with a raised fixed end, side, end and bottom doors and, like number 61, has no crown plates above the axleguards. It is possible that they are from the same original builder as there are similarities in the brake gear and the end door hinge although there is a short piece of extra strapping on number 212 which also has internal diagonals. The body colour may be a dark grey or possibly blue, with a red band edged white. Letters are white shaded black. Notice also that neither wagon features any load details although both would have been of 8-ton capacity. courtesy Cusworth Hall Museum, Doncaster,/i> 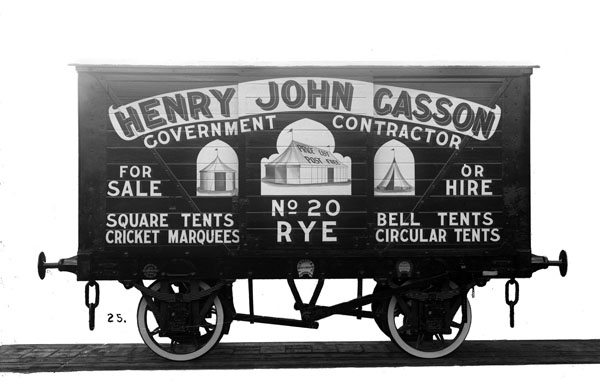 The covered van was built by Thomas Burnett and self-registered with the Great Central Railway, No. 27235 of 1905 in that company's 10-ton series. It bears both builder and repair plates for Burnett. No attempt is being made to identify the body colours, except that the main body appears to be black with the traderâs name in red with possibly blue shading on a white background. The smaller text is also shaded, possibly in red. The van ended up in the ownership of Salt Union Limited, becoming their number 779. courtesy Cusworth Hall Museum, Doncaster