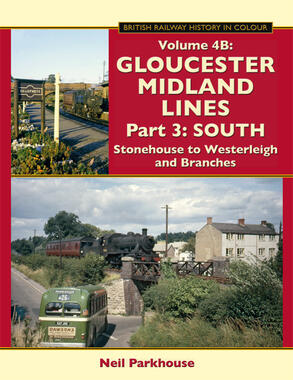 In 1845, the Midland Railway, formed only a year earlier, outflanked and outbid the Great Western Railway for the purchase of the Birmingham & Gloucester and Bristol & Gloucester railways, who themselves had just agreed to amalgamate as the Birmingham & Bristol Railway. As a result, the railway map of Gloucestershire was to have a Midland red spine, with an important and busy main line running through the county from Ashchurch in the north to Yate in the south and with numerous branches breaking off from it. It also served to turn Gloucester in to one of the countryâs great railway centres of the steam age, where the Midland had a separate station, goods yards, dock system and locomotive shed. Having covered the Midland lines in the north of the county in Volume 3 of this series, Volume 4 was intended to cover the lines south from Gloucester Eastgate but, again, the sheer quantity of material has necessitated splitting the book in two as Volumes 4A and 4B. However, they are being published together, with the pages in 4B being numbered on from 4A, as they essentially tell the story of the Bristol & Gloucester Railway and the branches that grew from it. Volume 4B begins back on the main line at Stonehouse and follows it all the way to Westerleigh West Junction, where it joins the ex-GWR âBadminton Lineâ, passing the long closed stations at Frocester, Coaley, Berkeley Road, Charfield and Wickwar on the way, as well as the original station at Yate which has since re-opened but as a completely new build. On the way stops are made for detailed and extensively illustrated visits to the Dursley Branch, the Sharpness Branch â including the docks and its railway system, and Cooperâs Metals scrapyard â and finally to the Thornbury Branch. The pictures range from circa 1959 to 1975, illustrating the end of the steam age, the dawn of the diesel age and the start of the BR blue years in colour, whilst also showing the huge amount of railway infrastructure that has now gone, much of it within this period. Today, the main line still remains but none of the original stations, along with freight only branches to Sharpness, to serve the nuclear loading facility at Berkeley (here shown in its early days), and to Tytherington Quarry on the Thornbury Branch. 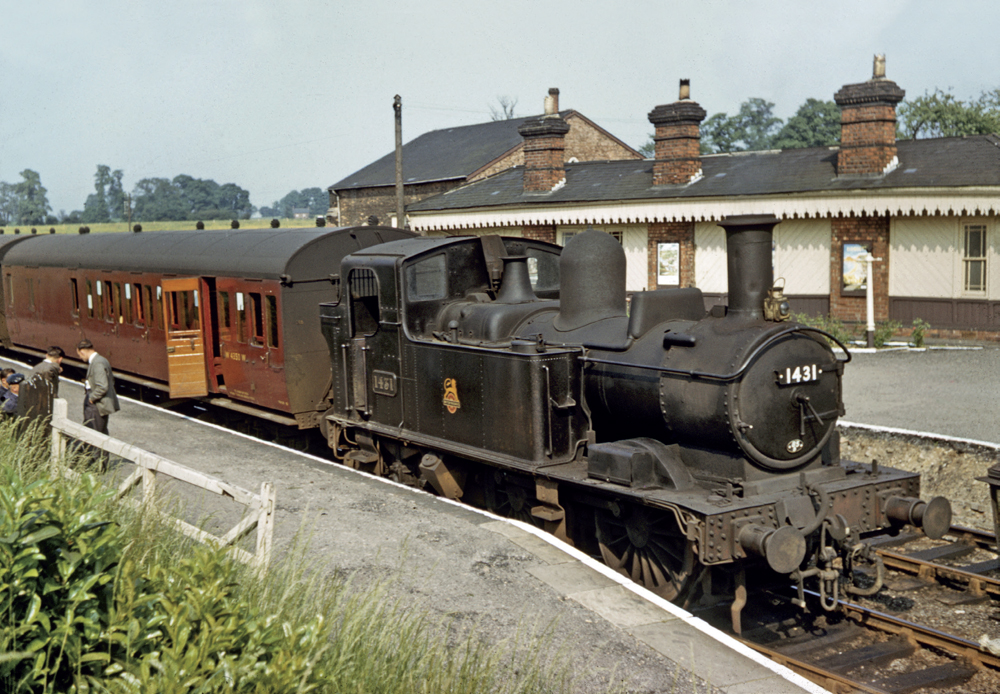 A pair of enthusiasts chat with the train crew on 4th June 1960, whilst No. 1431 simmers gently between services. Behind the engine, the face of the Down platform had now been removed. Bill Potter/KRM 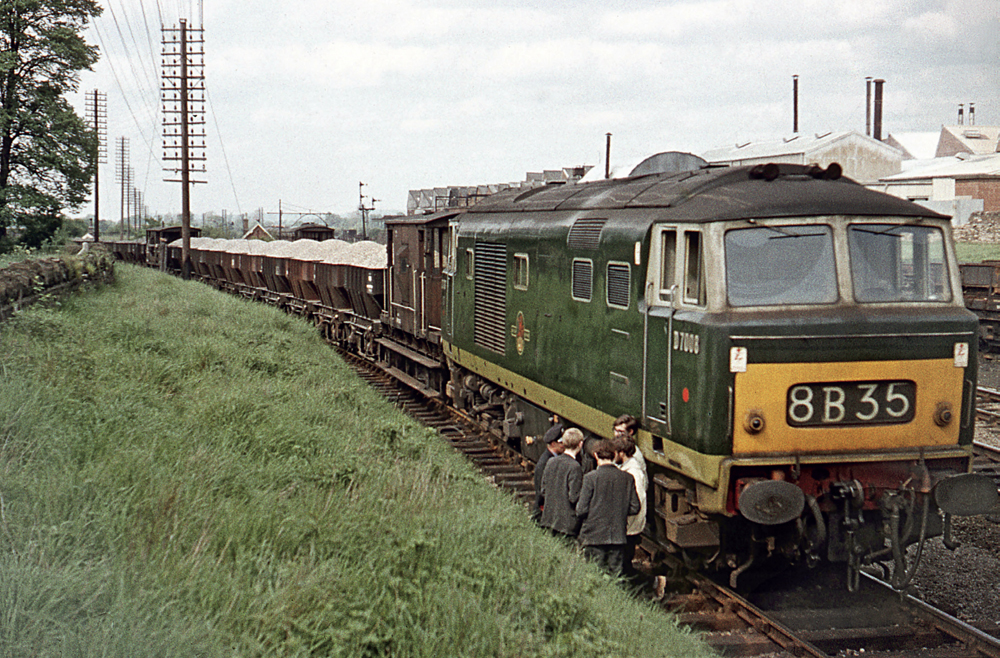 Hymek' No. D7008 has come off the Thornbury Branch at Yate Main Line Junction with a train of loaded stone hoppers on 18th May 1967 but has then pulled in to the siding that stopped just short of Station Road bridge. The group in the foreground is likely to be the participants leaving what had been a brake van trip along the branch. New in to service from Beyer, Peacock on 24th October 1961, the diesel-hydraulic was withdrawn on 1st January 1971. M.H. Yardley/Colour-Rail