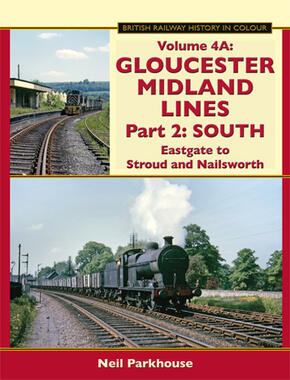 In 1845, the Midland Railway, formed only a year earlier, outflanked and outbid the Great Western Railway for the purchase of the Birmingham & Gloucester and Bristol & Gloucester railways, who themselves had just agreed to amalgamate as the Birmingham & Bristol Railway. As a result, the railway map of Gloucestershire was to have a Midland red spine, with an important and busy main line running through the county from Ashchurch in the north to Yate in the south and with numerous branches breaking off from it. It also served to turn Gloucester in to one of the countryâs great railway centres of the steam age, where the Midland had a separate station, goods yards, dock system and locomotive shed. Having covered the Midland lines in the north of the county in Volume 3 of this series, Volume 4 was intended to cover the lines south from Gloucester Eastgate but, again, the sheer quantity of material has necessitated splitting the book in two as Volumes 4A and 4B. However, they are being published together, with the pages in 4B being numbered on from 4A, as they essentially tell the story of the Bristol & Gloucester Railway and the branches that grew from it. Volume 4A begins at Gloucester Eastgate station, which is covered in some detail along with the iconic Barton Street Junction signal box at the south end. We then visit Gloucester Docks via the High Orchard Branch, before travelling round the Tuffley Loop with its many level crossings to Tuffley Junction. Here we make a short detour along the Hempsted or New Docks Branch, before returning to the main line to travel to Stonehouse, passing the busy Standish Junction on the way. At Stonehouse we head off east for an extended and extensively illustrated tour of the Nailsworth & Stroud Branch. The pictures range from circa 1959 to 1975, illustrating the end of the steam age, the dawn of the diesel age and the start of the BR blue years in colour, whilst also showing the huge amount of railway infrastructure that has now gone, much of it within this period. Of the lines depicted within, only the main line between Tuffley and Stonehouse still remains and none of the stations. 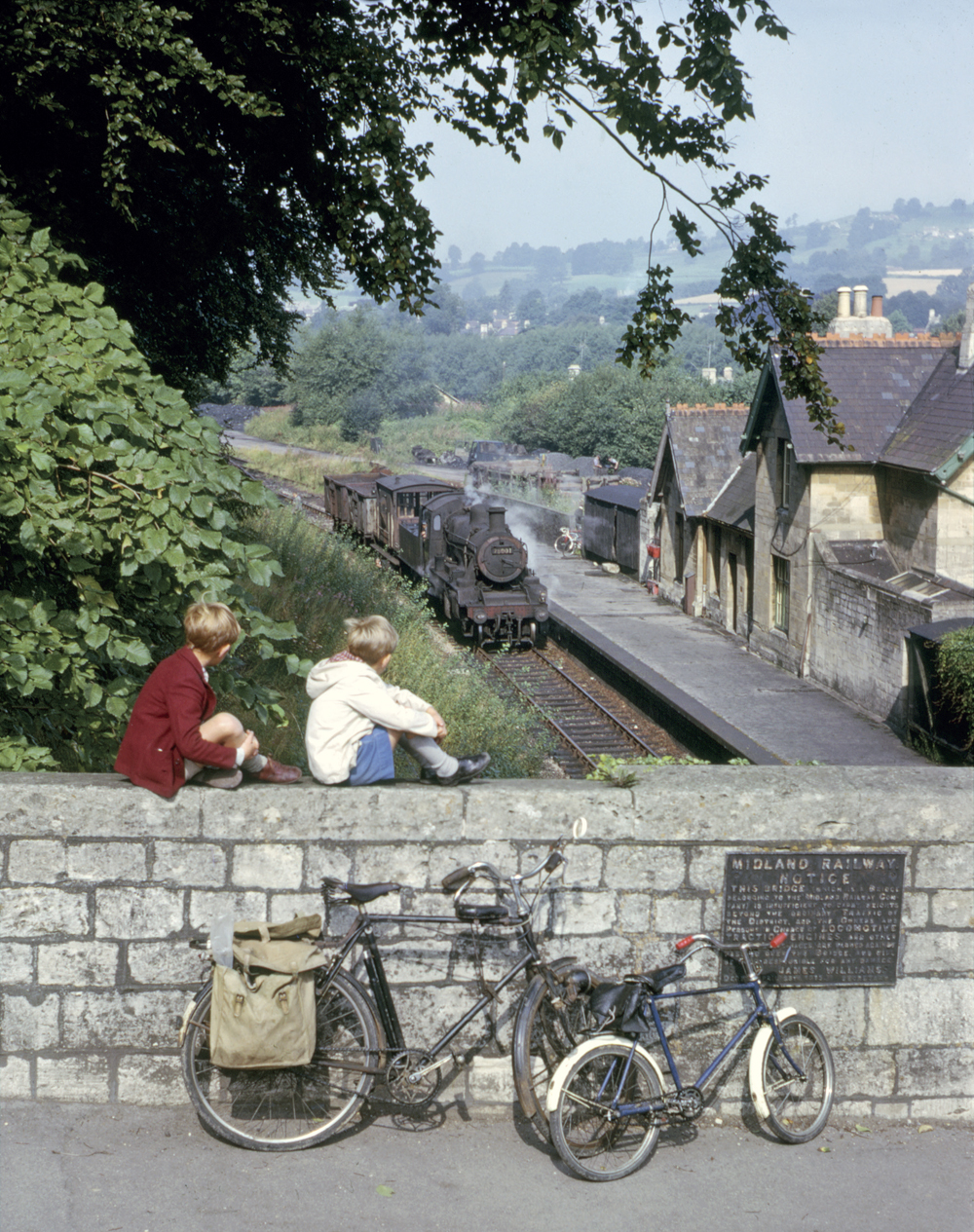 More magic from the lens of Ben Ashworth! This delightful study shows his young sons John and Alan sitting on the parapet of the overbridge at Dudbridge Junction on 23rd August 1965, whilst in the background No. 78001 shunts the small yard here. We have met with this engine previously, as it featured in Volume 1 on the Newent Branch. The bicycle was always the photographer's preferred mode of transport and whilst John had his own as well, younger son Alan travelled on the seat fastened on the crossbar, just behind the handlebars. Note the Midland Railway cast iron notice on the wall and the coal men at work in the yard. B.J. Ashworth 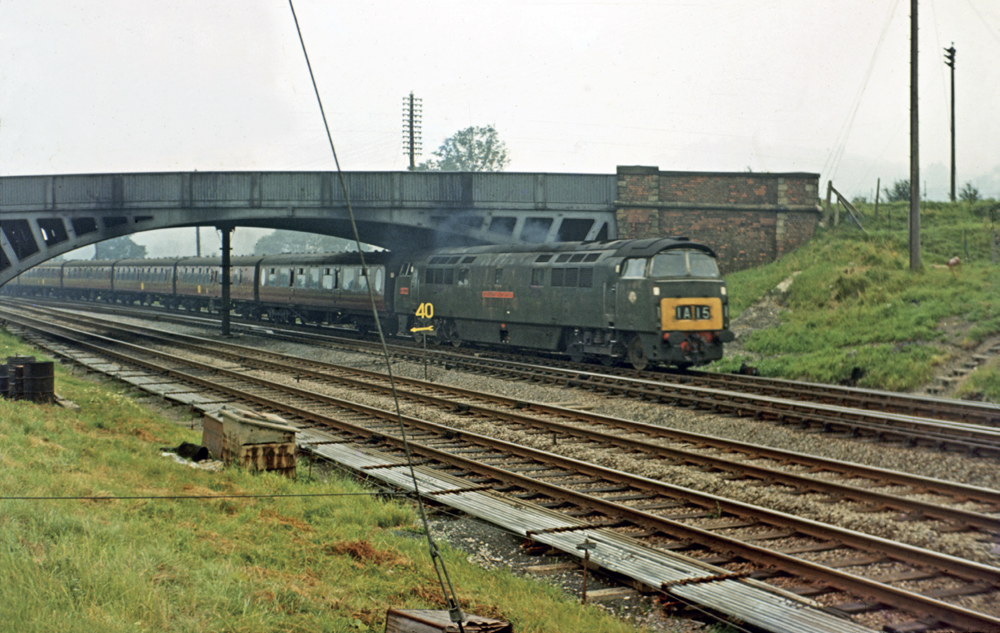 Same day, same location! Green-liveried No. D1002 Western Explorer heads north with train No. 1A15, from Paddington to Gloucester. Running via Kemble and Stroud, this could also be a picture for the next volume but the train had been retimed to run to and from Eastgate the previous summer, which is why it is here seen crossing over to the LMR Up line via the new North Junction. No. D1002 had been in service since March 1962 and was withdrawn in January 1974. Although of similar construction to the previous few pages, No. 91 had red brick abutments supporting five rib eye girders and the span is 83ft on the skew. The corrugated iron parapets have been rebuilt in red brick and Network Rail now refers to it as Standish Overbridge BGL2. Don Mann