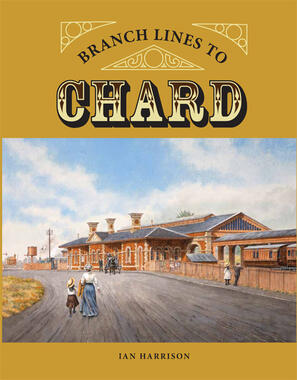 Chard in Somerset has a history of manufacturing, and a claim to be the birthplace of powered flight. In the nineteenth century it hoped to be placed on key transport routes â firstly a canal linking the English and Bristol Channels, and then the main railway routes to the South West. These visions foundered â instead there was a local canal, while the main railway routes bypassed the town. So in Victorian times, with the canal failing, local businesses and landowners took the initiative and promoted branch lines from Chard, to join the South Western main line at Chard Road (later Chard Junction) some three miles south of the town, and northwards to Taunton. The first, Chard Town, was to standard gauge and opened by the L&SWR in 1863; the line to Taunton was built to Brunelâs broad gauge and was opened by the Bristol & Exeter Railway in 1866 and subsequently taken over by the Great Western. As a consequence, there were three stations bearing the name Chard, remarkable for a town of its size. Chard remained a âfrontier townâ between the Great Western and London & South Western railways, and was among the last of the broad gauge branch lines to be converted to standard gauge, retaining its unique character to the end. In the twentieth century co-operation replaced competition, and during the First World War operation was rationalised, with the Great Western taking over the whole route, albeit with a Southern influence at the southern end. By the 1930s traffic was being eroded by bus, car and lorry, and by the 1950s the line had taken on an air of gentle dereliction. Passenger services ended in 1962; freight traffic from Chard survived until 1966. This book closely examines the nineteenth century efforts to bring communications to Chard and Ilminster, drawing on records of the companies and their promoters, and provides a detailed look at each of the stations along the route. It uses archive material to explain how the branch lines to Chard were operated, and is enlivened by recollections from railway staff. It is extensively illustrated by photographs spanning the whole period of the railwayâs existence, together with plans and historic documents. Several of the lineâs buildings survive today and this volume includes specially prepared drawings of these attractive structures. 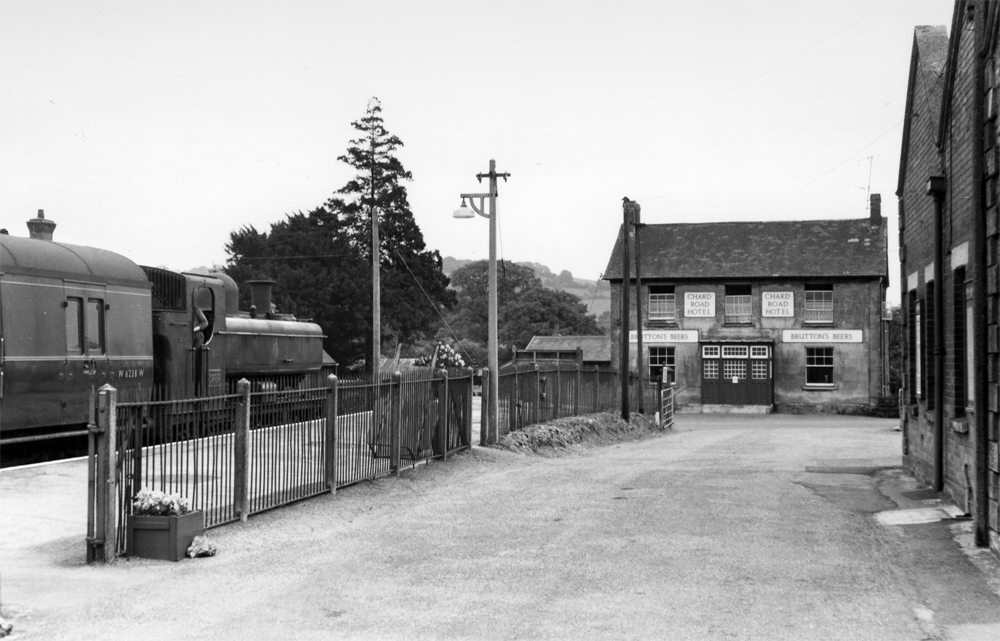 Branch platform and hotel 15th June 1962. Although the services were operated by the Western Region, the Southern influence can be seen in the concrete lamp with its elegant âart decoâ shade. The âChard Road Hotelâ advertises Bruttonâs Beers, brewed in Yeovil. R.C. Riley 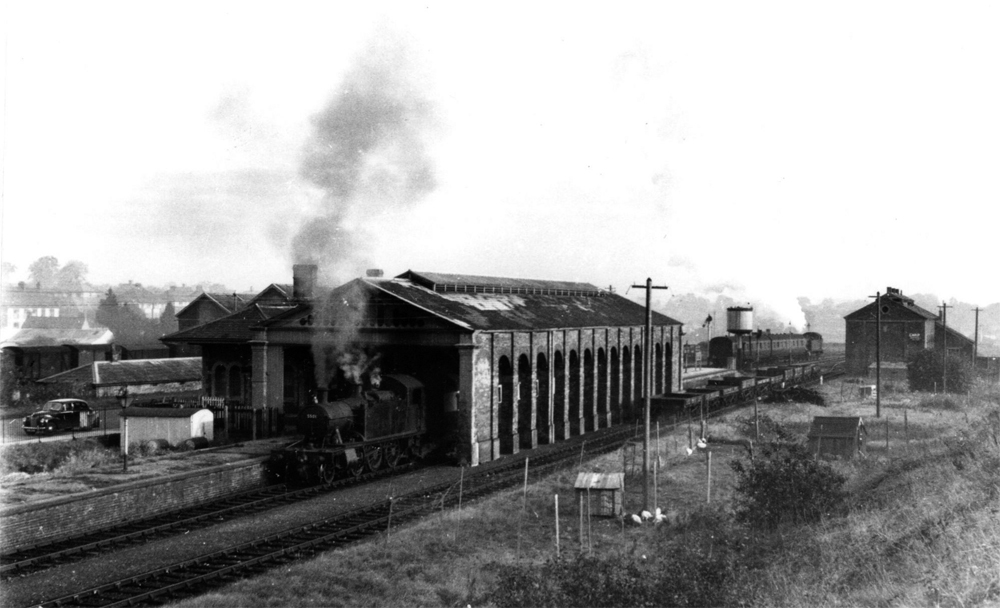 On 14th October 1947 No. 5543 waits beneath the overall roof with the 9.34am service to Chard Junction. In the distance No. 5521 can be seen departing from the bay with the 9.15am train to Taunton. This photograph shows the fifteen-arch brick colonnade east elevation of the train shed, and the locomotive shed on the right. The site of the former turntable is occupied by free-range poultry. W.A. Camwell